At an event yesterday, Samsung launched its latest entrant in the budget smartphone segment, the Samsung Galaxy Fame.

The Galaxy Fame has a 3.5in 320×480 display which uses TFT rather than AMOLED technology, behind which is a single-core 1GHz processor, 512MB of RAM and 4GB of storage – which, again, can be upgraded by up to 64GB using a micro-SD card. The device includes a five megapixel rear-facing camera with LED flash and VGA resolution front-facing camera, and runs Android 4.1.2 Jelly Bean.

Samsung has packed a 1,300mAh battery inside.

Times have changed over the years, but never did we see the smartphones reach the consumer market with such a blow that feature phones would almost disappear.

Pricing and availability in India is yet unannounced and we’ll update you soon as soon as we get a hint of it. Till then, stay tuned.

Check out our hands on video below : 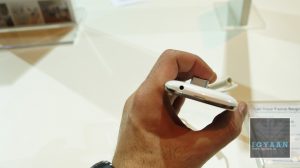 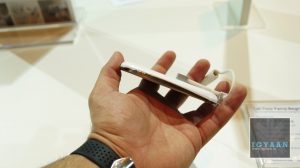 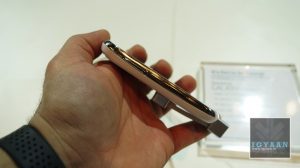 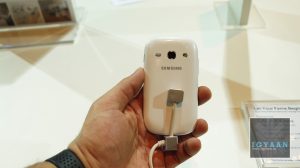 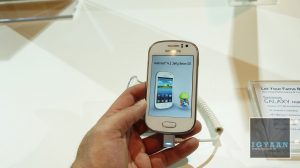 likethis
What's your reaction?
Awesome
0%
Epic
0%
Like
0%
I Want This
0%
Meh
0%
Posted In
Latest, Samsung, Unboxing and Hands On
Tags
About The Author

Shivaank Rana
iGyaan's Carlos Santana! Shivaank loves Apple products! He stays up to date with the latest happenings of the tech world and gets his hands dirty with the latest Gadgets! Follow Him on Google Plus : Google+
You Might Also Like
LatestSamsungUnboxing and Hands On
Read More