Hands-On With The Blackberry Q10 At India Launch

by Shivaank RanaJune 6, 2013
9
Now Reading
Hands-On With The Blackberry Q10 At India Launch
Browse This Page BlackBerry believes there is a niche for QWERTY-based smartphones in today’s mobile space with around 80 per cent of users wanting large-form touch-only devices like the iPhone 5, Galaxy S4, and HTC One – that explains the decision to launch the Z10 first. We wen’t hands-on with the device.

The BlackBerry Q10 is the first phone to land running the BlackBerry 10.1 operating system update. As a result, the Q10 is a joy to use, mostly. Jumping through menus and reverting back to the home screen is prompt and fuss free. Opening apps, however takes that fraction of a second longer than desired.

After looking at the Blackberry Q10 in images on the internet for quite some time, we had the impression that it would be a small device. Instead, the Blackberry Q10 feels great in the hand, with beveled edges all around the plastic back. There is a black steel edge around the entire device and a glass front above the keyboard. The back comes with a gray tweed-over-black pattern, which Blackberry claims is unique to each Black Blackberry Q10. The white Blackberry Q10 has a glossier look and feel to it and it does not have the poly carbonate weave at the back.

Overall, it looks and feels elegant, refined and professional. Moving on to the keyboard, one thing to note is that the once curved keyboard has now been straightened out and the metallic frets separating the rows of characters are now slightly raised for improved tactile feedback – in other words you should be able to feel where your thumbs are on the board more easily. The break in the keys is a nice clean look however and the overall size of the keyboard is similar to previous devices. Impressive. The Blackberry Q10 has a 3.1-inch Super AMOLED touchscreen, albeit with a square 720 x 720 resolution rather than a widescreen aspect like a typical touchscreen phone. It’s a necessary trade-off to fit in the keyboard, but it does mean any video you watch is squashed and hard to view. The screen looks neat though, and the bright and bold Super AMOLED display does a good job of making everything pop.

The Q10 uses a removable 2,100 mAh pack that’s plenty large enough given the relatively compact screen. It is reported that BlackBerry has even taken advantage included some darker color schemes for BlackBerry 10 apps, to take advantage of the fact that AMOLED uses less power for dimmer parts of the display. Also, we were really impressed with the Blackberry Q10’s browser. Pages load quickly over cellular or Wi-Fi means, and well laid out options and quick access to shortcuts make the Q10 browser is efficient and business like. The QWERTY keyboard makes inputting URL’s a breeze, with no pop-up digital display crowding out on-screen content. It also has an option to load flash content. To make Balance or these advanced policies work, users must be connected to a BES server, which in most cases means an enterprise buys the server to locate behind the firewall.

In conclusion, we’d like to say that for existing users, the Q10 is an obvious upgrade: it’s the best QWERTY smartphone available in the market today, but that may have more to do with the fact that very few manufacturers are interested in revisiting that segment.  It is fast, snappy, and has that old-school Blackberry feel to it. However, we feel that the Blackberry Q10 is overpriced by at least Rs. 10,000, and the company will have to reconsider it over time. 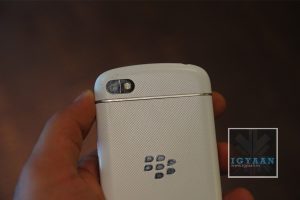 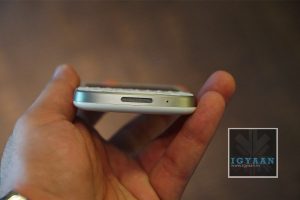 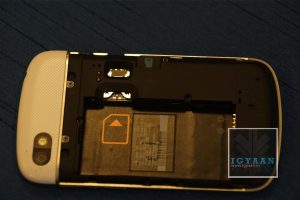 likethis
What's your reaction?
Awesome
0%
Epic
0%
Like
0%
I Want This
0%
Meh
0%
Posted In
Blackberry, Latest, Unboxing and Hands On
Tags
hands on
hands on
About The Author

Shivaank Rana
iGyaan's Carlos Santana! Shivaank loves Apple products! He stays up to date with the latest happenings of the tech world and gets his hands dirty with the latest Gadgets! Follow Him on Google Plus : Google+
You Might Also Like
BlackberryLatestUnboxing and Hands On
Read More