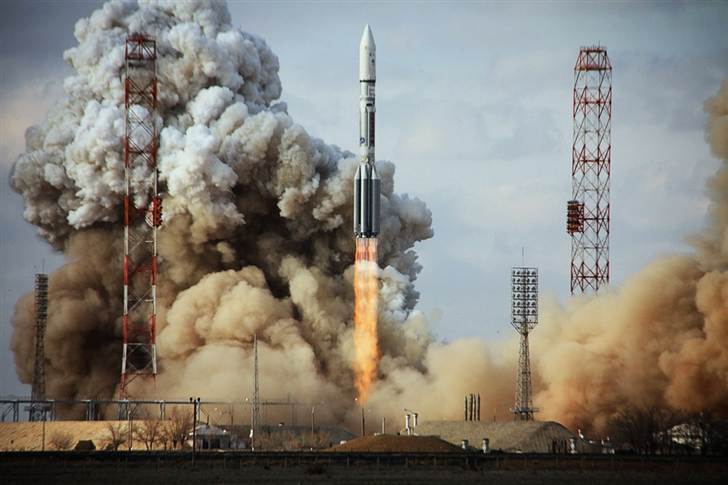 Russia launched their Proton rocket Tuesday morning local time, carrying three satellites for the GLONASS navigation system. However, liftoff from site 81/24 at the Baikonur Cosmodrome – which occurred at 02:38 UTC (08:38 local time) – ended seconds later, with a dramatic failure that resulted in a huge impact at the spaceport.

Video of the launch shows the 17-story rocket rising from its launch pad, then oscillating wildly and rolling as it pitched over and plunged back to Earth. The rocket burst into flames and began to break apart just before slamming into the ground and erupting into a colossal conflagration.

The entire flight appeared to last a half-minute.

Russian rockets do not carry self-destruct explosives like Western boosters, which prevented any attempt to destroy the wayward Proton before impact.

A Russian Federal Space Agency statement said an emergency committee being created would be headed by Deputy Head of Roscosmos Alexander Lopatin.

According to Anatoly Zak at  RussianSpaceWeb.com, “since the emergency cutoff of the first stage engines is blocked during the first 42 seconds of the flight to ensure that the rocket clears the launch complex, the vehicle continued flying with its propulsion system firing practically until the impact on the ground.”

likethis
What's your reaction?
Awesome
0%
Epic
0%
Like
0%
I Want This
0%
Meh
0%
Posted In
Latest
Tags
Crash
Crash
About The Author