Samsung in the recent times has bombarded the market with phones of all sizes, but mostly of the same shape. The Galaxy Mega 5.8 is a blown up Galaxy Grand and it appears to behave in a similar manner. Lets see if the Galaxy Mega 5.8 is really the value for money smartphone that Samsung claims it to be. The problem with the design is that despite being old, it still works. People still love the shape and the handleability of the phone, and the first look creates a instant connect with the brand, making this design an identifier, or even a statement for some.

Samsung has truly disappointed us with the hardware on the Galaxy Mega 5.8, not that it is really old, considering that the Galaxy Grand was launched in February 2013. Today a few months is as good as a year, even more if you compare it to 2 years ago. The Broadcom chipset still holds its ground and the benchmark performance is not all that bad, the CPU is Dual-core clocked at 1.4 GHz. The Galaxy Mega adds a bit of RAM to reach the 1.5 GB mark and retains the 8 GB capacity. The cameras are also a stark reminder with the 8 MP main and the 1.9 MP secondary. What is different is the large 5.8 inch capacitive touch screen, with its 540 x 960 px resolution gives a bare 190 ppi, which on parer sounds really low for today. The display however is great and we will explain that in the next segment.

The Battery on the Mega 5.8 is a 2600 mAh cell and for some reason it seems Samsung has managed to manage it quite well, there is a significant improvement in battery life. The Galaxy Mega 5.8 as the name suggests has a Mega display, a 5.8 inch smartphone is not really a divine though. In the early days the idea was to make phones smaller and more compact. Today as smartphones begin to replace basic forms of computing screens are getting bigger and bigger. The Galaxy Mega’s 5.8 inch display is still smaller than its 6.3 inch sibling, but is quite an interesting display. For one, it does not appear to be much larger than the Note 2 thanks to the design strategy employed by Samsung. The display is also bright and crisp despite its low ppi. This may be because of sheer size of the screen, you tend to hold it further than you would a traditional smartphone, say 3.5-4.5 inch.  The screen however uses what Samsung calls a “display enhancement engine” that reduces the noise and pixellation on the display as it does in their televisions, this seems to work well on the Mega 5.8.

The speakerphone on the Mega is fantastic, it is really loud, but not in a painfully distorted way, it sounds good through videos, music and even games. It does not however compete with HTC One’s Boomsound which has a more direct sound delivery approach. The sheer size of the screen makes consuming media enjoyable and almost stress free, and the chipset is more than capable of handling HD video playback and streaming. Video is captured at Full HD and employs anti-shake if you need it from the main UI, the front camera however- captures 720p video. You can also add some effects to your pictures in the Auto Mode.

The Samsung Galaxy Mega 5.8 runs on Android 4.2.2 and slaps on a large lump of their popular Touchwiz UI. The interface brings many elements to make this device larger than life. For starters you have smart features, Smart Stay : Keeps your display on as long as you stare at the device.  You do have motion gestures ; Screenshots by a palm swipe and muting the device by simply moving your hand on top of the phone.

The old elements of the TouchWiz UI are intact too, with features like Direct call (lift the phone from within a message to call), Smart Alert, tilting to zoom into pictures or gallery. Pan device to move the Icons or browse a zoomed in Image and even Flipping the device to Mute or pause.

The One handed use feature borrowed from the Galaxy Note 2, makes it slightly easier to dial on the Galaxy Mega 5.8, and also use the calculator. What we find funnily missing however is this feature in the main keyboard. You simply cannot use the keyboard with the same hand you are holding the phone with, unless you have gigantic E.T. fingers.

The Touchwiz UI adds more to the experience, a nice notification panel with scrollable toggles, a task manger and even “S-Voice” (Samsung’s long ignored voice assistant). Samsung often ignores required features in these phones, for example a phone of this size would do wonderfully well as a remote, but since the hardware is absent there is really no point. 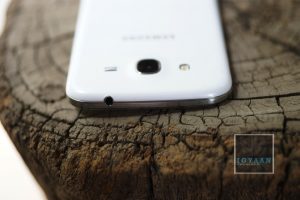 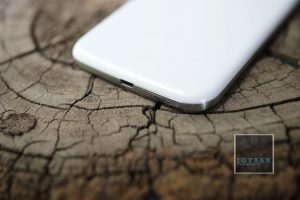 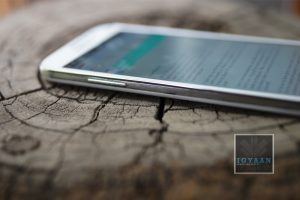 The Samsung Galaxy Mega 5.8 is a dual sim smartphone (micro Sim), while the technology to have two sim cards running in the same device may exist, Samsung chooses to not employ it in their latest iteration of the big phone. Phone call handling is easy and simple, and once you get the hang of it you become a master of the device.

The network is solid and we faced almost zero to none dropped calls. We saw a frequent full signal bar, whether in software or in reality the network performance on the Galaxy Mega 5.8 is excellent. Voice is clear through and through, and while both ends of the phone call get clear and crisp audio streams. The speakerphone also keeps up with its name and is sufficiently loud for hands free voice calls.

Battery life is great on the Galaxy Mega and despite the fact that it has a mere 200 mAh increase from the Galaxy Grand’s 2400 mAh, and taking into consideration the increase in display size, the battery performance is far superior. The Samsung Galaxy Mega 5.8 is no magical innovation and does not really create a wow statement, except probably “Wow its Big!”, which actually may be good enough for a lot of people. The blown up version of the Galaxy Grand actually improves on many things, including a larger yet better display, an improved battery life and a great camera. The price difference however seems a bit much for these.

The Galaxy Mega 5.8 is a phone that might as well be the next big thing, but, the problem here may be that its just too big to be an everyday phone. All size judgements aside Samsung has really managed to increase their portfolio across different price segments, but here a Galaxy S3 for Rs. 27,000 seems a lot more promising and portable. The Galaxy Mega 5.8 also does not have multi-window a feature which now comes out of the box on the Galaxy S3. 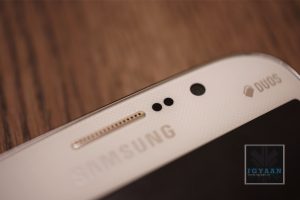 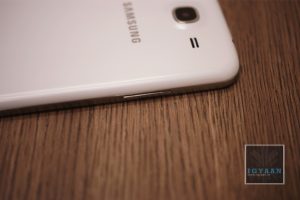 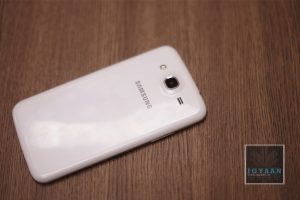 Bharat Nagpal
Founder and Chief Editor of iGyaan. Bharat likes to keep on top of technology ! Follow Him on Google Plus : Google+
You Might Also Like
AndroidiGyaanLatestReview
Read More