Samsung today launched the Samsung Galaxy S4 Zoom today in India at a price of around Rs. 34,500.

The Samsung Galaxy S4 Zoom offers a blend of smartphone and camera, and is targeted at the many people who now use their phones as their main camera too. Before you view our hands-on video you may want a quick recap of the key specs and features. The Samsung Galaxy S4 Zoom is powered by a 1.5GHz dual-core processor, has a 4.3-inch Super AMOLED display with resolution of 960 x 540, 1GB of RAM, and 8GB of internal memory that’s expandable via microSD. The Zoom’s big USP is its ability to take detailed shots of objects that are rather far away. Not only is the Zoom a first in terms of design, but it’s also one of the first smartphones to feature an optical zoom, as well as a digital zoom and optical image stabilisation with a 24mm lens.

It also has a myriad of shoot modes: 25 to be exact, which are as follows: The Samsung galaxy S4 Zoom has a similar shape as that of its predecessor with a bump along the right side for your hand to grip, but the device is considerably slimmer. The whole thing is also made of glossy white plastic rather than the textured rubbery material on the side of the Galaxy Camera. At 208 gms, it’s one of the heaviest smartphones around. It has a plastic ring around the camera lens to access camera options and settings.

Expect a full review of the device pretty soon. Meanwhile, you can watch our hands-on video below : 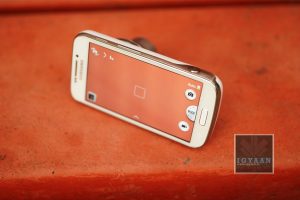 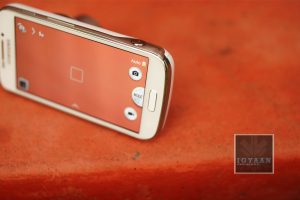 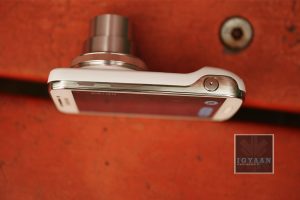 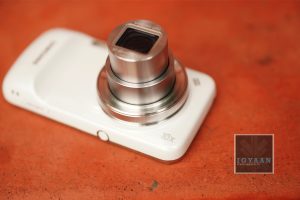 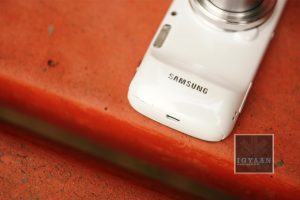 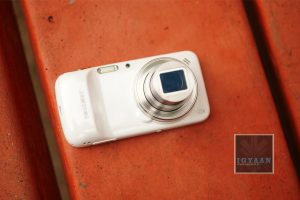 Shivaank Rana
iGyaan's Carlos Santana! Shivaank loves Apple products! He stays up to date with the latest happenings of the tech world and gets his hands dirty with the latest Gadgets! Follow Him on Google Plus : Google+
You Might Also Like
LatestSamsungUnboxing and Hands On
Read More