Razer has just annouced its new Ferox portable gaming speakers. Described as a “sophisticated, modern day boombox for gamers,” With 360 degree omni-directional sound, 12 hours of battery life from the built-in rechargeable batteries and a Aux in from any device with a 3.5mm jack. Priced only at 60$ or 3000 INR, Pretty impressive pair of speakers.

Expect them to hit India in MARCH 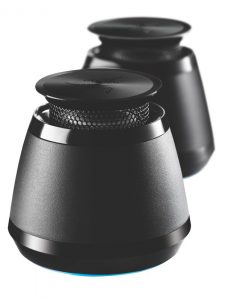 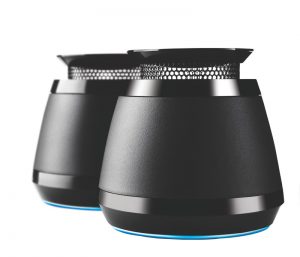 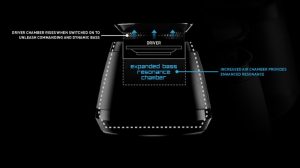 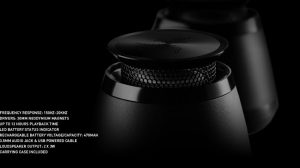 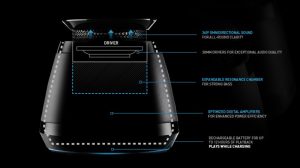 CARLSBAD, Calif., Jan. 25, 2011 /PRNewswire/ — Razer, the world’s leading precision gaming brand today announces the Razer Ferox – a cool, new ultraportable stereo speaker set that proves it’s not how big it is, it’s how awesome it sounds. Built to deliver 360 degrees of omni-directional sound, you’ll be amazed that something so tiny can rock so hard.

“The Razer Ferox is our sophisticated, modern day boombox for gamers,” said Robert “RazerGuy” Krakoff, president, Razer USA. “Its sleek and compact structure takes up minimal space but delivers the crystal clear sound quality perfect for gaming on-the-go or for music playback wherever you’re at.”

The Razer Ferox delivers room-filling audio clarity with its 360 degree omni-directional acoustics, giving a much wider listening sweet spot than any ordinary front-facing speakers. No matter where you stand, sit, or backflip during a riotous shootout, audio from the Razer Ferox sounds just as immersive.

Featuring expandable resonance chambers that provide stronger bass and optimized digital amplifiers for a fuller sound experience, each chamber rises upon a single press to power up. You’ll have a hard time just keeping your hands off the nifty mechanism every time you switch the Razer Ferox on.

With 12 hours of rechargeable battery life and a convenient carrying case, the Razer Ferox is extremely versatile. These mobile speakers can be used for space-constrained gaming desktop setups, brought along to LAN parties for a convenient audio solution, or broadcasting your headbanging playlist whilst at the beach. Just plug it into any media player with a 3.5mm jack and you’ll realize that you’ll never want to leave home without your Razer Ferox, especially when phenomenal audio is just a plug and press away.

About the Razer Ferox

Get powerful sound in a portable form factor with the Razer Ferox, a tiny but mighty stereo speaker set. With 360-degree omni-directional acoustics that fill your surroundings evenly with sweet sound, expandable resonance chambers for thumping bass, and optimized digital amplifiers to enhance performance and power efficiency, you’ll never be left wanting more. Your multidimensional listening experience is right in the palm of your hand.

With its simple plug-and-play operation, 12-hour rechargeable battery life, and handy carrying case, the Razer Ferox is the ultimate choice for all your mobile audio needs.

For more information on the Razer Ferox, please visit www.razerzone.com/ferox.

About the Razer Group:

Razer is more than just the world’s leading brand in high-end precision gaming products, perpetually defining the gaming and technology space. Founded in 1998 in Carlsbad, California, Razer is driven by the ceaseless pursuit for absolute precision and high usability in a distinctive, aesthetic design that will give gamers the edge they demand. With labs and offices in seven cities around the world, Razer dedicates user interface research and development to bring cutting-edge technology to each and every product. We live by our motto: For Gamers. By Gamers.

Razer – For Gamers. By Gamers.™

likethis
What's your reaction?
Awesome
0%
Epic
0%
Like
0%
I Want This
0%
Meh
0%
Posted In
Gadget, Hardware News, Latest
Tags
Speakers
Speakers
About The Author

Bharat Nagpal
Founder and Chief Editor of iGyaan. Bharat likes to keep on top of technology ! Follow Him on Google Plus : Google+
You Might Also Like
GadgetHardware NewsLatest
Read More