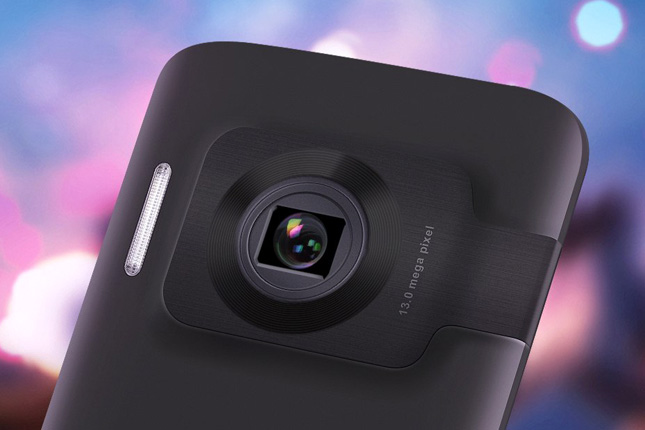 What if manufacturers would come up with a control scheme that would allow users to easily and single-handedly control smartphones with 5+ inches screens? That would be perfect, right? We know that Samsung has been working on implementing such a control scheme through some software tweaks, LG was bold enough to move the power and volume rockers on the back of its upcoming flagship, and now it looks like Oppo will take it one step further. The Oppo N1 rear touch panel is teased in a new ad promoting the camera-oriented smartphone. The teaser shows a photo of the bare back of a woman. In the middle, the double entendre “Don’t just touch the front, the back is also interesting…” appears. At the bottom of the teaser, are the words “N1 Rear Touch Panel. A brand new user experience.”

Not only does the Playstation Vita utilize a panel on the back, but we’ve even seen a Google patent related to the idea of using rear touch on mobile devices.

This camera-centric smartphone is set to release in late September (regions unconfirmed) and from what we’ve heard so far the Oppo N1 will have a lot to recommend it.

Oppo has been coming up with some very notable phones recently and obviously the focus of the N1 is on its camera capabilities. It’s expected that this camera phone will have a 12-megapixel rear camera with Xenon flash and that the new Owl technology will provide better quality images in Iow light conditions.

likethis
What's your reaction?
Awesome
0%
Epic
0%
Like
0%
I Want This
0%
Meh
0%
Posted In
Latest
Tags
Oppo N1
Oppo N1
About The Author