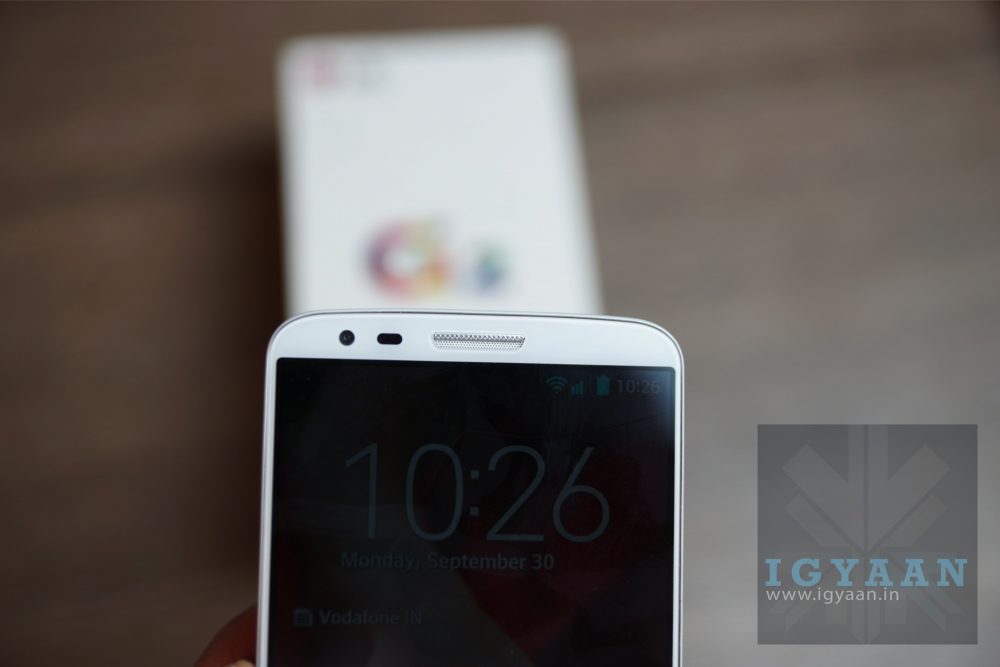 LG’s latest flagship the LG G2 is now available across major cities in India, available in two variants 16 GB and 32 GB and priced at 40497 INR and 43497 INR respectively. The device come up with Qualcomm Snapdragon 800 chipset, with a Quad Core Krait 400 CPU clocked at 2.2 GHz and the new Adreno 330 GPU.

Coming to our benchmark tests, we started by running Quadrant Standard on the LG G2 and the device performed well up to it’s hype and scored 19689. This score is far better than what we got on the HTC One and Samsung Galaxy S4, but if we talk about Samsung Note 3, the device scored a bit of more score which is 20599.

We also checked the graphic performance of the LG G2, the smartphone scored 59 fps, where as the Note 3 scored 60.4 fps in our benchmark tests. Check out the benchmark test below and our ‘unboxing’ video here!