While watching the teasers and joining of Hugh Jackman with Micromax as an ambassador for the teased Micromax Turbo, everyone believed next launch by the company would be the Canvas Turbo. However, Micromax has secretly been working on another smartphone named Canvas Magnus which is now available online at a price of 14999 INR. 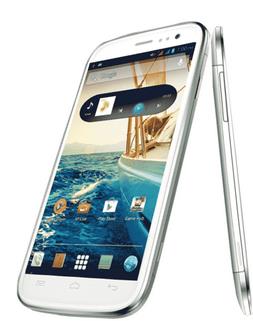 The Micromax Canvas Magnus features a 5 inch display with a resolution of 720 x 1280 pixels. The device runs on Android 4.2 Jelly bean and is powered by a 1.5 GHz quad-core processor. The Micromax Canvas Magnus besides being pronounced as a rhyme also features a 1 GB of RAM and 4 GB of internal storage which is expandable via Micro SD. The device features a 12 MP primary camera accompanied with a LED flash, a 2 MP secondary camera. The device is packed with 2000 mAh battery, connectivity options on the device include Wi-Fi, Bluetooth, GPS/ AGPS, and 3G. The device also support Dual SIM.

No word on availability as the company has not officially revealed the device yet, they might be buzy with the upcoming Canvas Turbo.