Microsoft’s Windows 8.1 was announced with 3D printer support into the OS and today the company is releasing a tool that will allow everyone to create objects of their own.

Microsoft has announced a new 3D Builder app, which includes a catalog of pre-designed templates that will help everyone to start printing right away.

“I get excited about 3D printing. Really excited. Like Tom Cruise on Oprah’s couch excited. So, I couldn’t be more thrilled that we are releasing a 3D printing app for Windows 8.1,” Microsoft consumer PR Kristina Libby.

“We’re entering an exciting new era in which everyone will be able to create and print three dimensional objects. Just imagine being able to print a spare part for a household appliance, or creating your own jewelry line of custom 3D-printed earrings.” 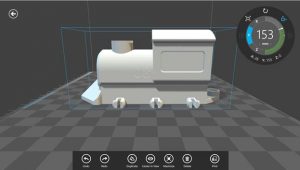 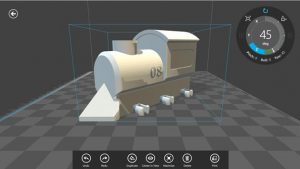 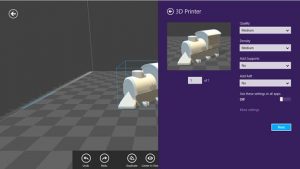 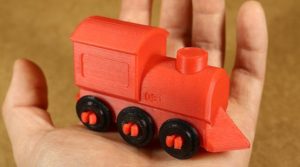