With the ever increasing products in the Galaxy(series), Samsung recently added two more products to it. The Galaxy Grand duos 2 along with the Galaxy S Duos 2.

The mid range Galaxy S Duos 2 features a 4 inch WVGA display with a resolution of 480 x 800 pixels which is same as what we have seen on the Galaxy S Duos. However, on the inside this phone is powered by a 1.2 GHz Dual-Core processor, which was 1 GHz in the oldie S Duos. Other features include a 5 MP primary camera with LED flash and a VGA secondary camera. The Samsung Galaxy S Duos 2 has a 768 MB RAM, 4 GB internal memory which is expandable up to 64GB with microSD.

The device runs on Android 4.2 Jelly Bean and is packed with a 1500 mAh battery. Samsung claims that the Galaxy S Duos 2 is especially created for the Indian market, the phone’s regional language support enables consumers to access apps from the Samsung Application Store in Hindi, Punjabi, Bengali, Tamil, Telugu, Kannada, Malayalam, Assamese, Marathi and Gujarati. Users can experience apps such as ChatOn, Facebook, Gmail and Newshunt in their own preferred language.

The Samsung Galaxy S Duos 2 will be available in two colors and is priced at 10,990 INR 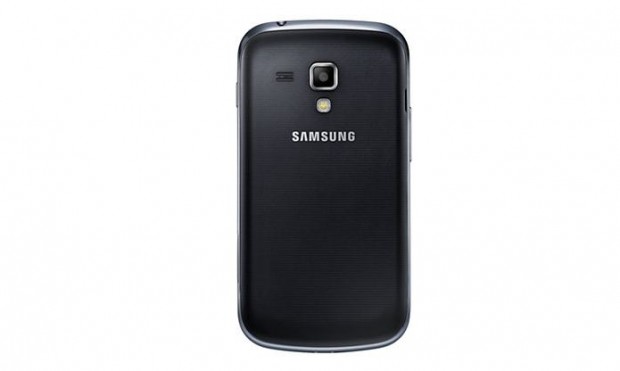