Sony Ericsson has just announced the Yendo for the Indian market, we decided not to bother with the news and straight roll out the full review of the Device. The Yendo is essentially or completely made out of plastic, the back, front, top and bottom is made out of plastic, it squeaks rattles and bothers us with its cheapness. Throwing it around on the other hand dint affect the phone much and seems like a good option for somebody who drops their phone a lot. So we have mixed views about the build, but styling was poor and it actually just looks like a toy. The camera on the device is a decent 2MP fixed focus camera, that may solve emergency needs. But cannot be considered for day to day usage. The picture quality was OK, but lack of focus and poor low light composition was a let down for us.

The audio on the other hand was solid and the sound quality was loud and impressive. The sound was crisp and bass and mid were quite accurate. Video on the other hand played slow and lag after lag during the playback made us nauseous.

Another thing worth mentioning are the included Earphones on the handsfree kit. One word “brilliant” , you possibly can’t find better bundled earphones.

The performance of the device during phone calls was best in class, sound was super-crisp on either end with no network issues what-so-ever. Messaging is also fast and simple, We do miss a full qwerty keyboard as the device only has a standard num-pad style keyboard. Overall impressive. 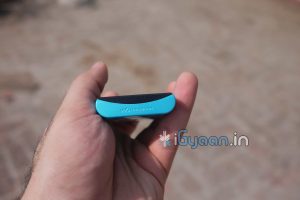 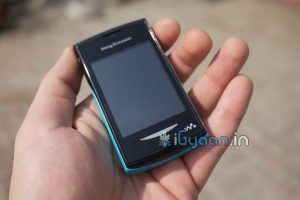 The device is capable of offering a lot more than it does, and leaves you asking why wasn’t it done? The Ui is slow, unresponsive and has poor color integration. The phones crashes and lags, is poorly designed inside and out. Our recommendation is stay as far away as you can from this phone unless you really-really like how this device looks (i don’t know how you can).

Check out remaining pictures and full unbox+video review below Bharat Nagpal
Founder and Chief Editor of iGyaan. Bharat likes to keep on top of technology ! Follow Him on Google Plus : Google+
You Might Also Like
iGyaanLatestMobileSony
Read More