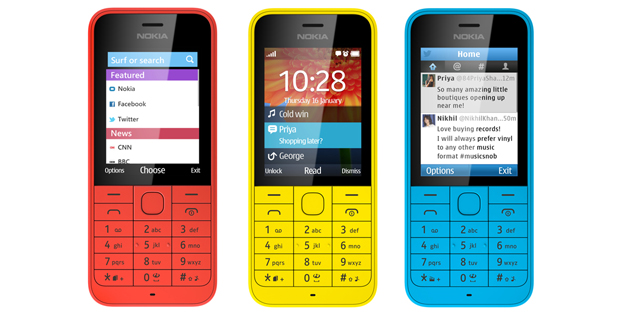 The Nokia 220 features a 2.4 inch QVGA LCD display and  sports a 2 MP camera. This feature phone supports expandable storage up to 32 GB via a microSD card, has Bluetooth and supports Micro USB charging. This dual-SIM phone allows users to take advantage of the pre-loaded Twitter and Facebook applications. Nokia proudly says that the new Nokia 220 has been built after seeing the success of the Nokia 110 budget phone.

It seems that Nokia has no plans to launch the single SIM variant in India, which was also launched at MWC alongside this Dual SIM variant.