Micromax has changed the perception of the company yet again with the new Micromax Canvas Knight, But does this new smartphone keep up to the expectations of the people. Lets find out. The Canvas Knight is a brilliant attempt from the company at providing a premium experience. The phone uses good quality materials and has an impressive new chipset. The pricing seems right and the battery life is great* (read below), the phone is the company’s new flagship and holds that position well among its competition.

A metal shell with glass on both sides, we have seen this design repeat several times, but it is actually impressive coming from an Indian manufacturer at this price. The front and back are solid toughened glass and should withstand a fall or two, we would however recommend the use of a case (there is one included in the box).

The side bezels and frame are of brushed aluminum with excellent finish and quality. The buttons of the Micromax Canvas Knight are also robust and tactile in feel. The phone looks good to look at and has a heavy reassuring built, definitely a refined canvas, but its not there yet. The company’s major reluctance in designing their own handsets is still unclear. Micromax time and again choses to buy designs from OEMs and not to make their own handsets. A plastered bad logo at the back shows distasteful branding, even though its a far cry from the usual we have seen in the past. Another thing to mention is the quality of in box accessories is definitely higher than in the past. the company has improved with their accessories and inclusions, we do however wish for better earphones in the future. Hardware wise Micromax has pulled out all the stops, well at least on paper. The Micromax Canvas Knight has a true Octacore Mediatek 6592T chipset, the “T” stands for turbo. The CPU runs on 8 cores at 2.0 GHz and is paired with a Mali 450MP4. RAM is kept at 2 GB and internal storage is a good 32 GB out of the box. Cameras include a mix of 16 MP shooter at the back along with an 8 MP front facing selfie cam, both capable of 1920 x 1080p video capture. The phone accepts two micro sim cards and has a 2350 mAh battery.

The display on the handset plays a major role, it is a good quality display with vivid colors and bright outdoor visibility. You also get acceptable levels of viewing angles without a lot of shadows at extreme corners. The levels of black are deep, however there is some aliasing noticed on the display from time to time. Content consumption is better enjoyed with a set of good quality headphones, thanks to the lack of a good on board speaker. The sound from the speaker is tinny and not even comparable to the previous canvas flagship.

Streaming is good, and the Canvas Knight A350 can handle unto 4k video playback, with the right codecs and software, however what really matters is the smooth playback of a full HD video and the phone does that with ease.

Both the cameras on the Canvas Knight are disappointing with washed out images and lack of detail. We have seen the company deliver great cameras in the past, however this time around the sensor and lens combination is simply torrid. Video is actually better than the pictures that this camera can click , video captured has better color and less washout. A camera stabilizer inbuilt would help the likes of me with shaky hands, however the software helps a little. 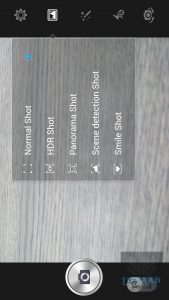 Third party apps improve the camera experience a little bit, however it seems like poor choice of camera hardware is mainly the cause of this.

While the phone can handle all tasks, it seems that the software has not been stabilized or tweaked to take the full advantage of the hardware. You see considerable crashes and lag throughout usage and heavy apps end up quitting on you, especially graphic intensive games.

Daily performance is good if you don’t want this to be a power driver, personally we feel the software needs a lot of work. Games run on this without a problem, almost all games that are compatible with the chipset will work aside from the quitting mentioned above.

The phone heats up considerably during usage, so much so that it might be the reason that apps quit. The phone becomes unmanageably hot and uncomfortable to handle. This causes severe effects to the battery, of the 3 handsets we tested two had this problem. Micromax claims problematic handsets will be replaced, and they should be.

The Micromax Canvas Knight accepts 2 micro Sim cards on either side of the bezel. The handset is 3G network capable globally with one sim card handling 3G data. On this phone both SIM cards can accept calls and run simultaneously. Network performance was generally good, we did see some outage from time to time but a good cause for that could be the network. Overall good network performance and phone call capability. Audio on the incoming and outgoing side remains crisp with the noise canceling doing most of the magic for the outgoing voice. Battery life, when not being affected by the over heating battery drain mentioned above, will last a whole day with a good amount of use. approximately 5-6 hours on 3G calling mixed with a few hours on Social Networks and some music playback. So the battery gets a good thumbs up, when not being burned out.

Apart from the fact that we get Android 4.2.2 with a pseudo-false promise for an update soon, we feel the Ui needs real work. Micromax seems to be slacking in making a handset that they can call their own and this old approach does not seem to work for us anymore. The company needs to bounce back and fix it reputation by bringing phones that not only look good on paper but work too. A more refined user experience will go a long way. 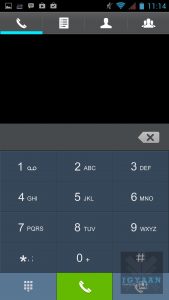 The fact that their flagship smartphone is a mini hell in the pocket is worrisome, the phone heats up often and to high temperatures. This causes the phone to lose battery power and how.

The end resultant is not acceptable, not as a flagship!

While the trend seems positive around the Micromax Canvas Knight A350, and we couldn’t agree more with the phone in terms of what it sets out to do. Design is a huge leap forward and so is the build and choice of materials, but the end resultant is not acceptable, not as a flagship.

A lot of patches are required for the software and something that will fix this overheating issue and quick. The Micromax Canvas Knight A350 is a good move from the company, but seems like a hasty handset, one that lacks finesse and with more stable and choicer options in the market like the Moto X, the Moto G, Gionee S5.5 and the likes of Sony and market leader Samsung in this price bracket. We recommend you give this one a pass until all of the above can be fixed by the company.