The HTC Incredible S is HTC’s latest and greatest, But, does it really fit that mark? Lets find out. The device features one of the most robust constructions yet, a rubberized body , is not only rugged but also the new in-thing. The device is great to hold in the hand and feels really good thanks again to the rubber grip backing. It also sheds some of the added weight that the Desire HD has. No squeaks or rattling from the device. Better buttons in comparison to the Desire HD and a nicer looking display with rotating menu buttons. The build quality is surprisingly good and we were happy with it. The display on the Incredible S is simply stunning, the comparatively high resolution along with the SLCD screen just do wonders for the device. The colors are deep and the text crisp. The Processor may also play a role in the responsiveness of the device, but the basic functionality of the display and touchscreen is simply great.

The speaker on the device is slightly louder than its cousins ( the Desire HD/Mozart etc). But still not up to the mark from a device in this range. The video playback is smooth with zero lag and the fact that almost all formats can be played or play on the device thanks to Android is an added bonus.

The camera is no-where near where we want it to be, the images were bad, and we fail to see what dumping megapixels in a camera would do if the sensor is basically a dud. The camera is a big disappointment, although in crisp clear daylight , you may even get impressive shots, indoor and low light images are just very very poor. HTC should work on the Hardware instead of cramming specs in their devices. The 5MP backlit sensor on my personal iPhone 4 is far superior than this 8MP one from HTC. The device is a performer when comparing it to earlier versions of HTC devices and even some competition from Samsung. We ran Quadrant and Neocore on the device and we were quite pleased with what we saw. The scores ranged from

The phone call capability of this device sets it apart, we cant stress enough on the crispness of the earpiece or the sensitivity of the microphone, the call quality was just brilliant. We did several hours of testing on the device and we got (get this) NO DROPPED CALLS in areas where we usually get several call drops within a couple of hours.

The messaging is similar to HTC Desire HD with the sense keyboard, the keyboard has navigation keys at the bottom which make it a lot more easy to navigate while in a text compose screen. The typing experience is much better on the Incredible S simply because of the improved responsiveness of the display and the processing capabilities of the device. The Incredible S is a abandoned phone, it comes at a time where devices of its kind are becoming obsolete. The SE Xperia Arc, Nexus S and OPTIMUS 2x are already here and in the market. So a single core processor based device at this price point seems worthless to us. The Incredible S is truly incredible in performance and its built it also has a good set of specs, But its a little too late for the party. The camera is a disappointment, and the price point of 27-28000 makes us reject the device and look at dual core alternatives.

Check out the Remaining Shots and the Full Review Video Below 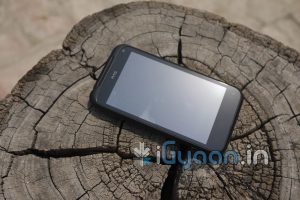 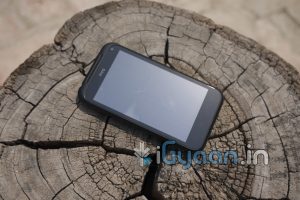