We have so much to thank Smartphones for! They help us keep tabs on our friends, emails, daily events and pictures. If we ever have a random doubt, thanks to 3G, an answer is ready within seconds. Since now we can look up anything, anywhere and at anytime – it has led to the death of debates.

As much as it has made our lives simpler, too many hours are wasted on it as well. At iGyaan, with the million things we do daily, staying on top of the online world is a skill we’ve perfected over time. The aim is to spend the least amount of time scouring through junk and get straight to what’s important.  Here are our picks of the top apps which will make you the most digitally organized person around: 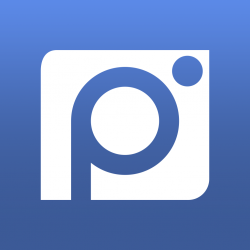 After being on Facebook for years, it’s easy to accumulate friends who now hold no significance in your life. You couldn’t care less about who, when and why, the girl you met at a conference in 2008 is getting married to today. Even though unimportant newsfeed annoys us daily, deleting these “friends” is not an option. Here is where Pixable steps in. The app gathers all the pictures shared by your friends, and customizes it to show you only the profiles you choose. It compiles your Twitter, Instagram and Facebook feed, and organizes into sections according to relevance personalized by you. Some of the useful sections include – Top Photos of the Day, New Profile Pics, and Most Recent Photos. 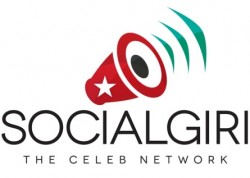 It could be to stay in tune with the entertainment industry or the need to know which teenager James Franco tried to pick up lately on Instagram. We all have specific celebrities we like to keep track of (read: stalk) via social media. There are times when we’ve considered getting rid of the constant updates, but we secretly love being a part of the drama in their lives. This app helps you create a separate timeline solely dedicated to your chosen celebrities, consequently tidying up your Instagram, Facebook and Twitter. Socialgiri users can choose from over 500 social media celebrities from Bollywood, Hollywood, music, sports, fashion and politics. So, in a single flow you’ll see Critiano Ronaldo’s tweet about where he’s eating lunch, which would be followed by a perfectly Instagrammed picture of his dish. It also gives you an option to be able to like or comment through any of your three accounts. Available on Android and iOS, it recently launched its iPad Version. 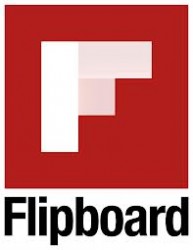 We can’t speak about aggregating feeds without mentioning Flipboard. It is the one-stop destination to stay in clue about what’s happening in the world. You can combine your favourite media portals and search for any news you might be interested in. Its clean interface reminiscent of a print magazine makes this our favourite way to browse through everyday stories. The action of flipping through news pieces, attempts to recreate the experience of physically using a print publication.  You can also add your personal networks such as Facebook, Twitter and share stories directly through the app. Another one similar to Flipboard is Pulse. Like its competitor it collects and organizes news to suit your needs.  Created by Stanford graduates Ankit Gupta and Akshay Kothari, the app got rave reviews for its slick interface. The display is more image-based, making it faster to get through articles. The key feature which gives it an edge above Flipboard is that it can load previously read stories even when you’re stuck without internet.

How To Never Miss An Email This handy app promises to make your inbox light, fast and mobile-friendly. It helps you combine your Gmail, Google Apps and iCloud accounts into one single app. Some of its significant functions which should be utilized: You can snooze emails and get back to them later, mute conversations which aren’t important and it also automates your common actions. The mailbox swiftly recognizes what’s important and what’s not.

Nitya Uppal
Nitya is a Fashion Geek and a girl who is excited by the awesome. She loves her burgers and cannot get enough of them. She heads content at iGyaan Network and iGyaan Publishing. Find her on twitter below.
You Might Also Like
Apps and SoftwareLatestLifestyleMobile
Read More