Websites We Wish We Had in India

by Parul Ritvik SoodMay 2, 2014
3
Now Reading
Websites We Wish We Had in India
Browse This Page The last decade saw the entrance of e-commerce giants Ebay and Amazon, in India. The interest of overseas websites in the Indian market has consistently increased. Undeniably, our country has a huge untapped market of online users. Yet we’re still waiting and wishing to experience some amazing websites, which are a part of everyday lives abroad. 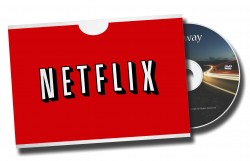 Netflix, Inc. is an American supplier of on-demand Internet streaming media accessible to viewers in North and South America, the Caribbean, and parts of Europe. They also have a service of flat rate DVD-by-mail in the United States, where mailed DVDs are sent via Permit Reply Mail. Whenever you try to access Netflix India, they crush your hopes and send you a notification informing you that it is not available in India. Though, they ask you to register and promise to inform you when it launches.

Hulu is a website subscription service offering on-demand streaming video of TV shows, movies, webisodes, trailers, clips, and behind-the-scenes footage from NBC, Fox, ABC, TBS, WWE, and many other major networks and studios. Hulu videos are currently offered only to users in the United States, its overseas territories and Japan.
Earlier many people outside the US used to access Hulu from their respective nations. But now TV streaming service supplier is functioning on rigid rules to make sure that people out of the country are not able to access its program library. Going a step further. the company is now trying to make sure that it is able to stop anyone trying to access its library from virtual private network (VPN) or through proxy. 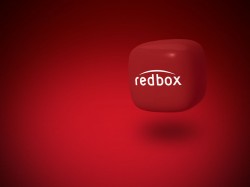 Redbox Automated Retail, LLC is a contributory of Outerwall, Inc. specializing in DVD, Blu-ray Discs, and video game rentals via computerized retail kiosks. As of the end of November 2012, Redbox had over 42,000 kiosks at more than 34,000 locations. Redbox titles can be rented or purchased, in SD or HD quality. Redbox is also cheaper than Netflix. For $8(Rs 480 approx) a month, Redbox Instant provides unlimited streaming of movies and lets you borrow four DVDs. When customers rent a title, they have 30 days to begin watching it and then 48 hours to watch it as many times as they like. It seems like we are a long way from seeing Redbox kiosks or any similar services in India.

Spotify is a profitable music streaming service providing digital rights management-restricted content from record labels including Sony, EMI, Warner Music Group and Universal. Music can be browsed by artist, album, genre, playlist, or record label, as well as by direct searches. Spotify was launched in 2008, and now it is available in over 40 countries all over the world, however India is not a part of that exclusive list.

There are many websites and apps which are tagged as ‘Indian Spotify’  such as Saavn,  Dhingaana and Gaana but none of the as good as Spotify. These websites are trying hard to compete with each other, but none of them have impressive music lists or social media integration – which Spotify  is known for.

Vevo is a video hosting service owned and operated by a joint undertaking of Universal Music Group, Google, Sony Music Entertainment and Abu Dhabi Media. It launched on December 8, 2009. The videos on Vevo are syndicated across the web, with Google and Vevo sharing the advertising revenue.

Since launching in 2009, Vevo has become the go-to place for watching music videos online. But it hasn’t been available everywhere. Though you can watch most of Vevo videos on its YouTube channel,  it doesn’t have the entire collection of videos launched by them. 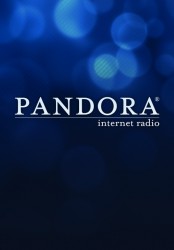 Pandora Radio is a music streaming and automated music recommendation service operated by Pandora Media, Inc. It is only available in the United States, Australia and New Zealand. It is a feedback-based music recommendation in which the user  provides positive or negative feedback for songs chosen by the service, which are taken into account when Pandora selects future songs. While listening, users are offered the ability to buy the songs or albums at various online retailers. Over 400 different musical attributes are considered when selecting the next song.

India’s internet market, not only misses Pandora, it currently has no such service available. Last.fm has similar features, but it is not as user-friendly as Pandora Radio.