Top 6 Pocket Cameras : Pick One Which is Right For You

by Parul Ritvik SoodMay 19, 2014
4
Now Reading
Top 6 Pocket Cameras : Pick One Which is Right For You
Browse This Page No, we refuse to acknowledge the statement that smartphones are point-and-shoot replacements. No matter how good your camera phone may be, it still doesn’t have the technology to beat the image quality of the following cameras. Unlike DSLR’s, where you have to manage several lenses – these are handy, cheaper and super convenient if you’re constantly on the go. 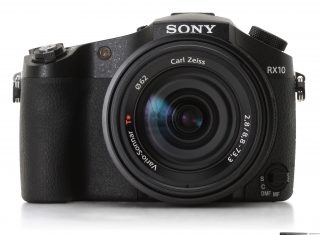 To many photographers, amateurs and professionals alike, digital SLRs represent quality. The fact that you can remove the lens and swap it for another is inconsequential to those who never buy a second optic. It’s that segment of the market that Sony’s targeting with its Cyber-shot RX10.  We love the Sony RX10. But your $1,300 goes a very long way here, and if you need to capture sharp images and full-HD video clips in pretty much any lighting condition, with a vast focal range, you’d be hard pressed to find a more suitable shooter. This is the best fixed-lens camera we’ve ever used, and we wouldn’t be surprised if the RX10 Mark II, whenever that comes about, is the only comparable model worth considering. The pocket-sized shooter processes video in XAVC S format, which, according to Sony, lets you record 1080p videos at a much faster data rate and with very little compression — in other words, this will make your movies look a lot better and crisper. To go with that, Sony also added a built-in, retractable OLED electronic viewfinder (which wasn’t present on either of the older editions), WiFi/NFC for wireless sharing and the ability to capture 4K still images, making the newest RX100 an even more powerful little camera. This is a Leica for the modern age! It’s also quite a bit smaller than the company’s rangefinder cameras (134 x 69 x 33mm), especially in terms of height, not to mention a whole lot lighter (339g without battery, 384g with). That’s actually a little surprising, because the Leica T’s attractive, Audi Design-styled body is milled from a solid block of aluminum. A first for any camera, claims its maker. 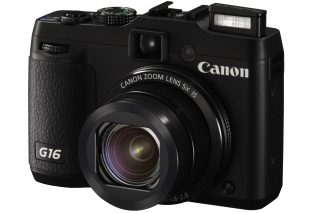 The Canon PowerShot G16 belongs to a long line of chunky compacts aimed at enthusiasts. Announced in August 2013 it’s the replacement for the PowerShot G15. The G series has earned a reputation as a serious compact with image quality, performance and handling that won’t disappoint those who’d probably rather be using a DSLR, if it weren’t for the added bulk. The Canon PowerShot G16 is a reassuring camera that does a good job. Its only real stand-out feature is improved responsiveness brought by the Digic 6 image processor. It is an ideal companion for users looking for a classic safe bet and who aren’t tempted by originality or eye-catching innovations. This camera is certainly built to stand the test of time, but the G series also needs to move with the times, otherwise it risks being left behind. Fuji’s XF1 is the latest high-end compact camera to compete with the likes of Sony’s RX100 and brings with it a 12-megapixel sensor, f/1.8 lens, manual controls. It is a beautiful retro design that can’t fail to impress everyone that sees it. The camera’s image quality is markedly better than virtually all other compacts. The camera’s “average low-light performance” as a downside. While it may not beat the RX100 , the XF1 is still a camera for photographers who like something a little bit more unusual than the standard run of the mill point and shoots. The Nikon COOLPIX A Digital Camera is a point-and-shoot equipped with a 16.2MP DX-format CMOS sensor for clear, detailed images, even in low light. The lack of an optical low-pass filter enables maximized resolution for exceptionally sharp details. The NIKKOR prime lens features a focal length of 18.5mm  for wide-angle shooting, as well as a fast f/2.8 maximum aperture. Frame shots using the large 3.0-inch LCD monitor, which has a resolution of 921k pixels. Record Full HD 1080p video with stereo sound, and connect the supplied EG-CP16 cable for playback on your TV. Capture RAW still images for a higher level of creative control. Manual options like focus ring adjustment allow you to wield precision control over your compositions. Most of the operation system and the GUI are consistent with Nikon DSLRs. Exposure bracketing is available in both manual and auto modes.

Parul Ritvik Sood
iGyaan Network's newbie, Parul is a Writer, Poet, Reader and Mass Communication Graduate with great interest in startups and entrepreneurship.
You Might Also Like
CameraCanonFujifilmiGyaan
Read More