Samsung has been ruling a still infant, smartwatch market with half-a-million Samsung Galaxy Gears dispatched this year. These have been  hogging around 70 percent of the fast-growing market for smart timepieces. Motorola has since stepped in the game and has unveild its Moto 360(don’t mix it up with a popular games console). It is the least smartwatch-like smartwatch we have seen for a long time. It looks quite like a regular watch, which Motorola insists it isn’t in the least. 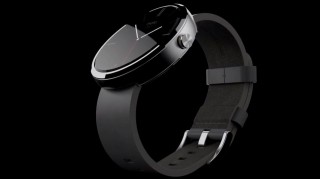 The Moto 360 will use Sapphire glass in order to keep scratches at bay and generally protect it against knocks and scrapes. With Gorilla Glass being designed for much larger pieces of glass, it’s unsurprising to see Motorola opting for a different material here.

Motorola has plans to release the Moto 360 in July with a $350 price tag, according to Journal du Geek, a French website. The company has also hinted that the Moto 360 would launch this summer. It did not however, mention whether it would come first to the U.S with a later release for Europe and the rest of the world. Motorola has released images of the Moto 360 with both leather and steel bands, and accidentally leaked leather color options went online earlier this year. The Moto 360 will not feature ports for USB charging or any other wired connector, which means the purple plastic plate behind its face will allow it to utilize induction charging, a method of wireless charging that requires a powered mat or some other specialized charger. Induction charging does not currently transmit through metallic materials, which is probably why Motorola selected plastic. 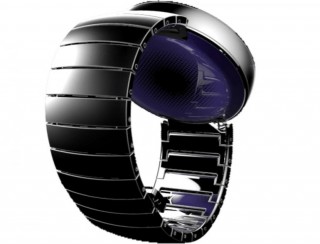 Motorola could also use solar or self-winding chargers to supplement wireless charging in the Moto 360. This will help to increase the  battery life of the watch before you finally have to set it down to charge. Of course, this is an unconfirmed leak and we are definitely hoping for a considerably lower price when the Moto 360 comes out stateside.

We hope Motorola can bring Smart and Sexy together in their endevour in Smartwatches, as they have done in the smartphone market with the Moto X, G and the baby E.

Parul Ritvik Sood
iGyaan Network's newbie, Parul is a Writer, Poet, Reader and Mass Communication Graduate with great interest in startups and entrepreneurship.
You Might Also Like
GadgetiGyaanMoto
Read More