SingStar : Now Use Your Phone as a Karaoke Mic

by Parul Ritvik SoodMay 22, 2014
0
Now Reading
SingStar : Now Use Your Phone as a Karaoke Mic
Browse This Page Music games are great for parties with close friends who won’t judge you when you totally tear down that one riff in David Bowies’ Let’s Dance. But they do have one weak spot: you can’t play them without all the plastic instrument accessories, making impulsive sessions at a friend’s place somewhat of a chore. The creators of Sony’s SingStar series have found a solution for that.

To celebrate it’s 10th anniversary, the SingStar franchise is launching a new app that enables you to turn your phone into a microphone. SingStar Director Chris Bruce wrote on the playstation blog, “We’re really pleased to announce that SingStar will be coming to PS4 later this year. Not only that but we will also be launching a free SingStar app that will transform your smartphone into a microphone. That’s right, no more mics required!”

The app works with both PS3 and PS4 versions and is also compatible with most iOS and Android smartphones and devices. The app also lets you create your own personal playlists. 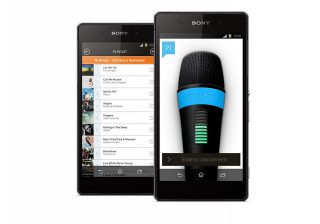 The karaoke party game series previously required players to use USB microphones to sing along and compete against friends. Later this year they have promised SingStar: Ultimate Party on PS3 and PS4, which will host a collection of 30 tracks, which represents great value for anyone new to SingStar. Players will be able to select playlists directly from their phones as well.

With its improved scoring system, you can also build up your XP and get rewarded for game activity, or challenge your friends online and entertain them with renditions of your favorite songs,

SCE London Studio is working to expand SingStar’s social features by making it easier to share the best bits of your night on Twitter and Facebook straight from the game. They have also promised to continue adding new tracks to the SingStore. Though the release date for its forthcoming upgrade has not been announced.

Parul Ritvik Sood
iGyaan Network's newbie, Parul is a Writer, Poet, Reader and Mass Communication Graduate with great interest in startups and entrepreneurship.
You Might Also Like
Apps and SoftwareEntertainmentiGyaanLatest
Read More