There had been a lot of speculations that Amazon may finally turn on its music streaming service this week. And they did just that a while ago. 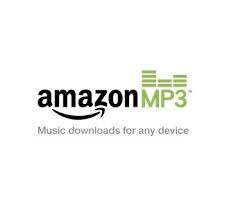 In an attempt to chase Apple’s recent $3 billion deal with Beats Music, the online giant is testing its hand at music streaming, promising over 1 million songs ready to instant streaming pleasure. They were previously only offering a music downloading service. We’ve heard that Google is also in talks to acquire Songza, another streaming music service.

The new Amazon music service will be available to those who subscribe to Amazon Prime, its paid shopping membership option. Amazon Prime costs $99 and also offers a streaming video service that competes with Netflix. The music service will work across multiple devices and will allow users to play songs as many times as they want, including some offline capabilities. There appear to be around 90,000 albums listed right now as options for streaming, working out roughly to the 1 million tracks Amazon promised.

The new offering is described as a condensed version of Spotify. Consumers would be able to access a restricted playlist of songs, but none of them would be the most recent chart toppers. The independent music labels, Sony Music and Warner Music Group have reportedly signed on to license their music to Amazon, though Universal is said to be out of the picture right now.

Amazon has also recently been encouraging its video streaming content by selling digital content – be it movies, television shows, books, or music – instead of its physical counterparts. This lets the company save money in storage and shipping.

This move may also have something to do with the fact that Amazon is likely to be releasing its own Smartphone next week.

Parul Ritvik Sood
iGyaan Network's newbie, Parul is a Writer, Poet, Reader and Mass Communication Graduate with great interest in startups and entrepreneurship.
You Might Also Like
AmazonHomeiGyaanLatest
Read More