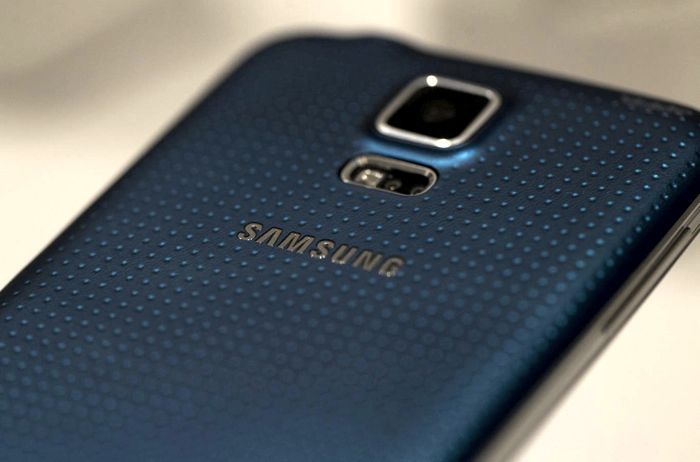 The new Samsung Galaxy Alpha will soon be officially unveiled. The metal-clad phone has been taking rounds on internet and now photos of the white version of the Galaxy Alpha have leaked from the micro-blogging website Weibo.

The metallic side looks more polished on this model. According to various reports, the Galaxy Alpha might be segmented as a high-end device. It is expected to sport a 4.8-inch Super AMOLED 720p display (same as Galaxy S III), Exynos 5433 processor, 2 GB of RAM, 13-megapixel camera, a fingerprint and heart rate sensor, 32 GB of non-expandable storage and Android 4.4.4 KitKat.

The Galaxy Alpha will be a step above the Galaxy S5 mini and will actually be sold as another watered-down variant of the Galaxy S5. There will also be an LTE-A variant, which is affirmed by an image leaked on a Vietnamese tech blog showing the device in the powered on state, and we’re guessing the LTE-A variant could be powered by Samsung’s recently announced Exynos ModAP processor, which brings support for 150 Mbps LTE-A speeds. Unfortunately, there are no more details on other features and hardware, but more info should start popping up as we approach the rumored  launch of the Galaxy Alpha. As rumors have suggested, the Galaxy Alpha could see a limited release.

Earlier, some pictures of black version of Samsung Galaxy Alpha were also released by Sammobile. The images confirm earlier reports that the Galaxy Alpha will sport a 4.7-inch screen and a metallic construction, though Samsung has opted to use aluminium on the sides while keeping the faux leather back that we’ve seen on the Galaxy S5 and the Galaxy Note 3. This should help in offering both a solid grip and a premium feel.