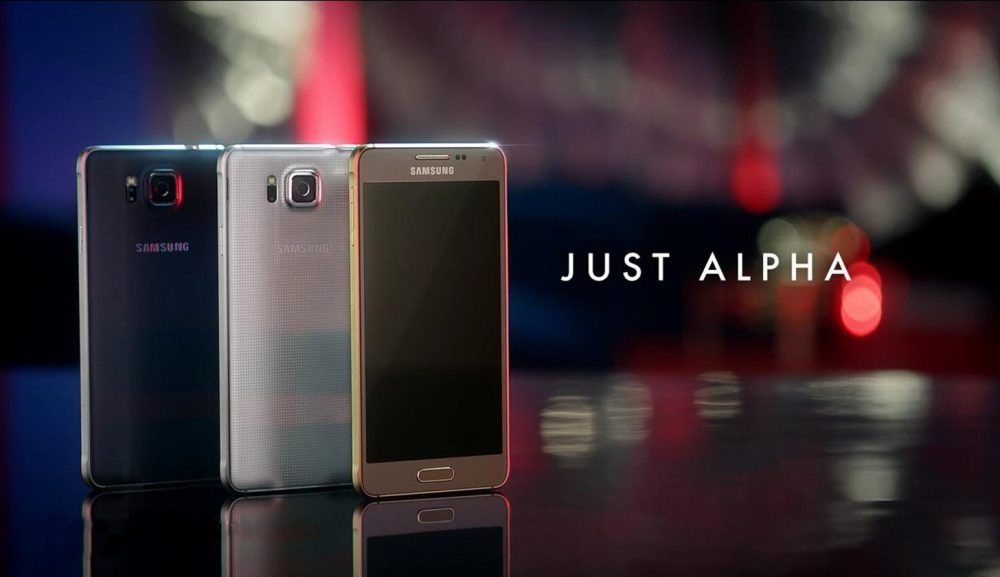 The Galaxy Alpha has been surprisingly prone to leaks, like none other in its range. The phone looks like what an arrange marriage between Apple’s iPhone and Samsung Galaxy S5 might lead to. The phone as expected is made of a metal frame and boasts an Octa-core chipset.

Galaxy Alpha had been hot in leakster circuits ever since it was announced but with its official launch, the leakers now have one less device to worry about. Samsung seems to be learning the lessons that the market has been trying to teach it for quite a while. The company has tried a different design approach for this device. Though it resembles the design of the iPhone, it is still a welcome change from all that plastic Samsung has been throwing at the consumers for the last few years. The phone had seen a lot many leaks before its official release.

The phone is a lot thinner in comparison to its older siblings. The Alpha is 6.7mm thick and weighs about 115 grams. The display on the phone is a 4.7 inch screen with 1280X720 resolution. The styling does look premium on the device. It is anticipated that Samsung’s new design philosophy would also influence the upcoming Galaxy Note 4 which is expected to be made of new materials.

On the hardware front, the Samsung Galaxy has a few things that won’t impress the technologically minded. The device runs on the latest Android Kitkat 4.4.4 OS. It has an unnamed Octa core processor (Quad 1.8GHz + Quad 1.3GHz), and it is most probably an Exynos 5 based chipset. The RAM on the device is 2 GB and has internal storage of 32 GB. It has no expandable storage though. The Alpha has a dismal 1860 mAh battery which might dissuade a lot of folks from getting the device.

The main camera on the Alpha is a 12 megapixel shooter and is accompanied by a 2.1 MP front camera. It is capable of shooting 4K videos. It will retain the usual Samsung features such as Ultra-Power Saving Mode, S Health, Fingerprint Scanner, and Private Mode, amongst others.

Happy Nagashetti
iGyaan Network's newbie Happy is a Technological Hedonist, Traveller, Photographer, Curious Humanoid and a giant foodie who is always pumped up for new adventures.
You Might Also Like
AndroidLatestSamsung
Read More