Spice Tries its Hand at Wearables With the Spice Smart Pulse

by Happy NagashettiAugust 16, 2014
3
Now Reading
Spice Tries its Hand at Wearables With the Spice Smart Pulse
Browse This Page Wearables are in and here to stay. The biggest names in the tech world anticipate that the wearable technology will be the next step in mobile evolution. Now Indian phone company, Spice has decided to enter the field by bringing out the first Smartwatch in the affordable range. The Smart Pulse comes with an assortment of accessories

You won’t believe the amount of stuff that comes with this smartwatch at its price. It seems like they filled the box with accessories till they could fit no more. You get a handsfree, a Bluetooth headset, two extra watch straps, charging cables for the watch and a Bluetooth headset.

On the design front, the Smart Pulse reminds you of the Galaxy Gear Live. The fake metal body does succeed in hiding its real make. You might be impressed by the brushed metal finish until you realize that its just plastic.

At first impression, the UI is visually appealing. The Smart Pulse has a dialer and messaging feature for sending SMS’s. The UI is a generic Chinese UI and so, unfortunately, cannot reap the benefits of the wearable specific apps that are being brought out on an everyday basis. It can though be connected to an Android phone through Bluetooth and can be used as a secondary device. Using this connect, you can make calls, send texts, enable remote camera capture, stream music and get notification alert for social applications.

The UI isn’t too tacky, and you might easily get used to it after some tries. It is capable of dispensing all that a wearable can do, except, of course, the health features. The device doesn’t have any heart rate sensors or monitors so it can’t be used for fitness purposes. The main complaint with the UI is the tiny typefaces. It can be grueling to use if you have bad eyesight. 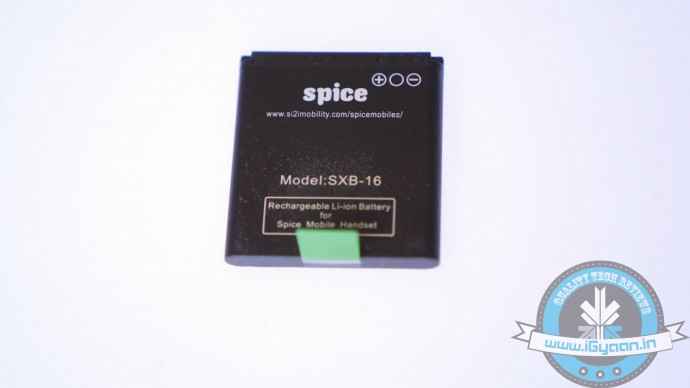 The Smart Pulse should be known as the Smartphonewatch, or Smartphwatch (or maybe something better.) It is powered by a 420 mAh battery. How this tiny battery will handle the dual SIM capability is a mystery. It also has other juice gulping features like Bluetooth and GPRS. The watch also has a camera with flash that might be used only when you desperately need to take a photo. The flash can be used as a torch, which is handy at times. The makers have also added a vibration motor which could be useful for notifications. 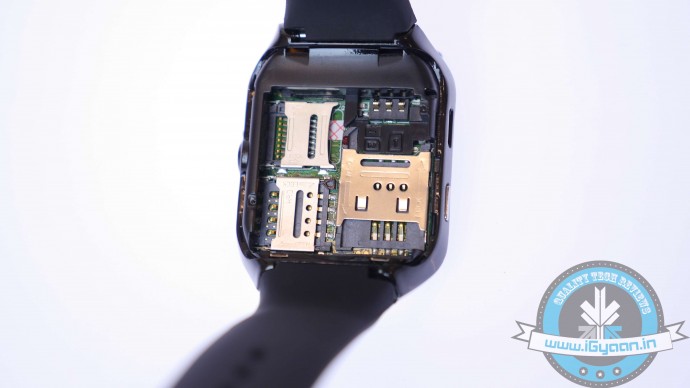 The most surprising part of the watch is its dual SIM slots. Not just that, it also capable of holding expandable storage upto 8GB. It is basically an independent phone masquerading as a watch.

With all that phone features packed into a tiny watch, which also comes with tons of accessories, the Smart Pulse is modestly priced. The watch is available for just Rs. 4,000, which is a great price for someone who wants to get introduced to wearable technology. As it’s a standalone phone in itself it can be a flaunt-worthy gizmo for some, a little taste of the future if you may. There are in fact some Android based smartwatches being manufactured by Chinese manufacturers and you may want to look into that. But as those are not yet available in India, you can try this out till the time Moto 360 arrives in India.

If you’d like us to do a full review, leave a request in the comments below.

Happy Nagashetti
iGyaan Network's newbie Happy is a Technological Hedonist, Traveller, Photographer, Curious Humanoid and a giant foodie who is always pumped up for new adventures.
You Might Also Like
LatestSpice MobileWearables
Read More