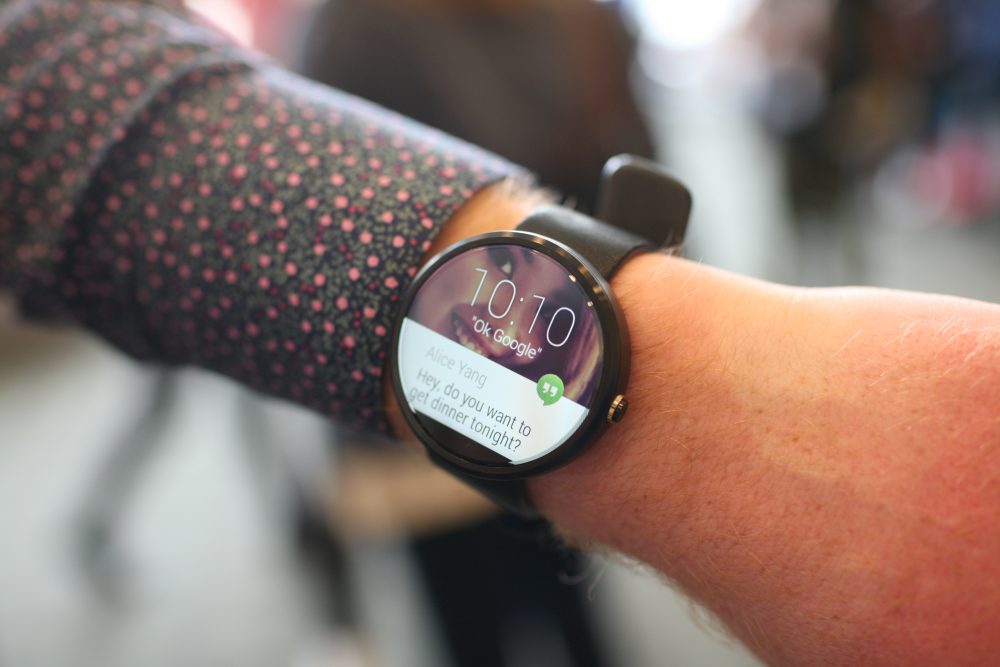 We have been hoping to get our hands on the Moto 360 smartwatch next month. It is said to launch on 4th September. But it seems that we don’t have to wait long to get a preview of what Motorola has in store for us.

Best Buy has gone ahead and (accidentally?) spilled the beans by releasing the device’s features and price. The big-box retailer has posted a product listing for the timepiece that appears to reveal many (though not all) of the specifications. We have seen the device and many leaks that gives us a fairly good image about what the device will look like. Up until now, the only one thing that had been alluding everyone was the price. According to specs published on Sunday on the electronics retailer’s website, the Moto 360 will cost $250 and feature a 1.5-inch backlit LCD touch screen with a 320×290 resolution and 205 pixels per inch. Corning Gorilla Glass 3 will protect the Android-powered smartwatch’s screen.

The voice-activated smartwatch will sport an optical heart rate monitor, pedometer, and Bluetooth 4.0. It will be compatible with most devices running Android 4.3 or later versions of Google’s mobile operating system, according to Best Buy’s page. The Moto 360’s availability is listed as “coming soon,” which we can only presume to means after Motorola officially debuts it. Google has hinted that the smartwatch will arrive at some point this summer, and Motorola will likely debut the watch at a press event on 4th September.

Specs mentioned in the product page:

However, Product pages have been wrong in the past. The final specifications for the Moto 360 might differ slightly from what Best Buy has listed, as might the device’s final price. As such, it won’t be shocking if there are at least a few surprises left when the Moto 360 makes its official debut next month.

Parul Ritvik Sood
iGyaan Network's newbie, Parul is a Writer, Poet, Reader and Mass Communication Graduate with great interest in startups and entrepreneurship.
You Might Also Like
LatestMotoWearables
Read More