HTC Butterfly 2, which was launched in Japan as J Butterfly, is going to launch in India and some other Asian countries soon. Taiwan-based smartphone maker has just announced that the high-end plastic phone will go on sale in Taiwan on September 2nd which will be followed by the launch in Hong Kong, India, Malaysia, Singapore, and Thailand soon after.

It is available in 3 colour variants – blue, white and red. Anyhow, the company haven’t commented on the pricing details of the device. The single-SIM HTC Butterfly 2 smartphone is the successor to the HTC Butterfly which was launched last year at Rs. 49,990 in India. 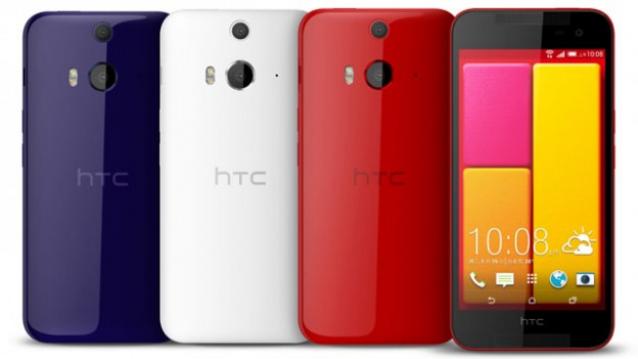 The Butterfly 2 sports a 5-inch, full-HD (1080×1920 pixels) display. It is powered by a powerful quad-core Snapdragon 801 SoC that clocks at 2.5GHz and coupled with 2GB of RAM. In storage front, Butterfly 2 comes with 16GB and 32GB of inbuilt storage options, with expandable storage via microSD card (up to 128GB).

Also, same as the HTC One (M8), it sports a duo-camera setup with 13 megapixel main sensor, f/2.0, 28mm lens and support for 1080p video recording and a 5-megapixel front shooter with BSI sensor, 1080p full HD video recording too. HTC Butterfly 2 also comes with a IPX5 / IPX7 for dust and water resistance and Infrared LED for remote control.  The device features a Dual front-facing stereo speakers with built-in amplifiers which HTC has been using in all its handsets. It is powered by a 2700 mAh battery. HTC has tied up with HARMAN for JBL LiveStage Signal Processing Technology for better audio output. It comes bundled with exclusively designed JBL in-ear headphones in Japan.

likethis
What's your reaction?
Awesome
0%
Epic
0%
Like
0%
I Want This
0%
Meh
0%
Posted In
Android, HTC, Latest
Tags
HTC
HTC
About The Author

Parul Ritvik Sood
iGyaan Network's newbie, Parul is a Writer, Poet, Reader and Mass Communication Graduate with great interest in startups and entrepreneurship.
You Might Also Like
AndroidHTCLatest
Read More