These Are The Best Upcoming Smartphones of Q4 2014

by Happy NagashettiSeptember 1, 2014
2
Now Reading
These Are The Best Upcoming Smartphones of Q4 2014
Browse This Page The year 2014 has been action packed for the tech world, especially the smartphones market. We saw big-ticket brands like Samsung, LG and HTC bringing out their flagships. Then there were the showstoppers like the Xiaomi Mi3, OnePlus One who took on those flagships head-on and created a lot of waves amongst budget shoppers by giving them flagship smartphone performance in an affordable price.

Now there are only four months left in this year, and it still has a lot of action left in it, especially in the month of September. So we decided to give you a handy checklist that you can use to keep track of the arrival of most awaited phones. Bookmark this page and we’ll keep updating it as we get to know the dates of some of the devices. The Big daddy of smartphones will see its 6th edition releasing this year, and Apple is going for something big. The iPhone 6 will come with a bigger 4.7 inch display which was the need of the hour as a 4 inch screen was just not cutting it anymore. The phone has a redesigned charger which will help to charge the device faster, and it also has a bigger battery, thanks to the size increase. It is also expected to get a faster processor from Apple and a faster 4g radio. This is the first of its kind from Apple. The iPhone 6L will come with a huge 5.5 inch screen. This will be loved by multimedia enthusiasts and Apple fans who wanted pocket size device that gives an exception entertainment experience. Its release date is not known yet as Apple has been facing some production issues with the phone.

The iPhones are supposedly going to get a tough Sapphire glass; we just need to wait till September 9 to know which phones will feature the unbreakable screen. The entry level devices will have internal storage of 32 GB, which is welcome. The Note 4 has been the Samsung phone that people have been waiting for this year. This phone will take a departure from plastic materials and will showcase new design features. This will be the first globally released phone with QHD display. Samsung had brought the QHD screen on the S5 LTE but with this, Samsung is ready to take on its compatriot LG. The phone will release in a pre-IFA event in Germany. Lots to look forward in this one.

Motorola’s comeback has been exceptional. Not only did it reinvent itself it did it in style, and the Moto X was one of the most innovative devices from the brand. However, its now time for the next generation of the device to come into the world. According to the leaks, this new phone is expected to get a 5.2 inch screen with 1920 x 1080 resolutions. It will run on Android 4.4.3 and powered by a Snapdragon 800 CPU with 2GB of RAM and 32GB of onboard storage. The camera is expected to be 12MP shooter, and there might be a built-in pedometer. 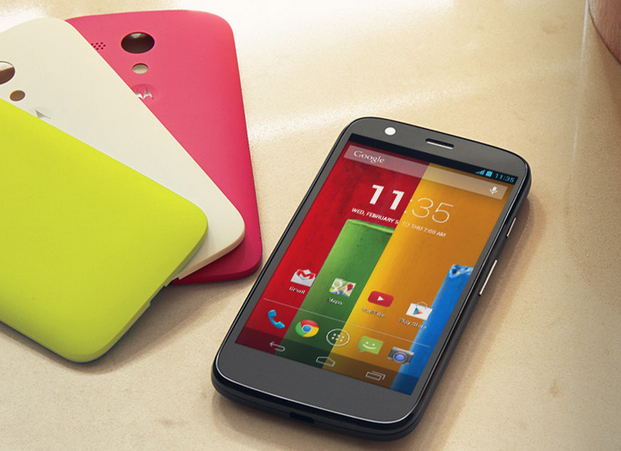 The Moto G was one remarkable phone when it released last year. The Moto G2 is expected to take that legacy forward. The G2 is expected to get a 5 inch IPS LCD display with the Corning Gorilla Glass 3. It will still come with 1 GB RAM and 8 and 16 GB variants. This time though, some leaks speculate the inclusion of an expandable memory slot, which will only help increase its fan base. Features: Google has chosen Motorola for this year’s Nexus Smartphone, and it seems like Motorola is in no mood to disappoint us. The Nexus 6 aka Nexus X is expected to get a stunning 5.2 inch QHD(2560x1440p) display. It will run on the Snapdragon 805 and will have 3 GB of RAM. The phone is expected to come in 32 and 64 GB variants. Xiaomi’s Flagship Killer, the Mi 3 has seen an unconventional success in an overcrowded market. The feature-laden phones flew off the shelves as soon as they were launched. Now the next generation of the phone is out, and it will try to outdo the last one. The Mi 4 comes with a 2.5 GHz, Snapdragon 801 processor with 3GB RAM. This is one selfie friendly phone as it comes with an 8 MP front shooter. LG tries to take on Samsung with this one. The LG G3 caused a lot of furor because of its superior build and a brilliant 2K display. Now its sibling, the G3 Stylus will try to keep the limelight brought on by the G3. The device, unfortunately, loses the USP of the product, the 2K display. The G3 stylus comes with a 5.5 inch display. It is powered by a 1.3 GHz processor and comes with 1GB RAM. This phone will of course have a cheaper price tag than the G3, but it will be interesting to see how folks react to it.

Happy Nagashetti
iGyaan Network's newbie Happy is a Technological Hedonist, Traveller, Photographer, Curious Humanoid and a giant foodie who is always pumped up for new adventures.
You Might Also Like
LatestMobileTech 101
Read More