The Market has been recently flooded by Chinese smartphones, and everyone is confused. The question, however, has always been : are these phones really worth of all the hype they create?. The Xiaomi Mi3 showed us that a great phone package can come for a decent price, and the Redmi 1s is taking it hard to the competition.

One phone is still missing from the equation and with its arrival in India soon, does the OnePlus One threaten the existence of many brands here in the country? Lets find out.

The OnePlus One is a complete device when it comes to hardware and build quality. Thanks to the inclusion of CyanogenMod the software is mostly community dependent and is expected to get great support for a long period of time.

The OnePlus One comes with top notch hardware for its time, apart from the 5.5 inch LTPS display with a 1920 x 1080p resolution, Gorilla Glass 3 :

The OnePlus One is superb, the fact is that anyone who has seen the phone in my hand, especially the sandstone variant, has been amazed with the way this phone looks and feels. The brilliance is in fact in the overall look of the phone, it’s just the right size, has just the right amount of chrome and metallic accents, subtle logos, simple buttons and the nicely printed Cyanogen at the back helps too.

The built of the phone is also pretty superior, although we wouldn’t say the phone can be dropped several times (especially because if you break it, you will go through hell to get another one). The display is protected with Gorilla Glass 3, but it’s not the ultimate form of protection, and thanks to the large damageable screen real estate, one should be extra careful. The back is a solid plastic, coated with the sandstone finish in the 64 GB variant and a polycarbonate white on the 16 GB variant, both of which feel great and look great too. The LCD is impressive, it’s quick and bright, has great viewing angles and the touch is very sensitive. We also found colours to be very accurate. You do have several display modes that will help you adjust between temperatures and also customise the display of the phone as per your colour tone preference. Video playback is great, and deep blacks and greys are separately identifiable resulting in a viewing experience that will leave you satisfied.

The camera on the OnePlus One is equipped with a 13 MP Sony BSI sensor, which by far is the best implementation of the equipment. Shutter Lag is close to none, the response times are amazing, shot composition accurate, focus fast and colours are deep and rightly defined. The camera is equipped with a dual led flash with one amber and one white light, giving the device the ability to correctly compose the shots, especially so, in low light conditions. The Camera also does 4K video, which in this day of flagships is only restricted to a few. You also get time-lapse and slow motion video at 120 fps on 720p which works really well. Video is really smooth and jitter free, and the end resultant is rather satisfying, included preview filters and pre shooting tweaks make it easy to compose and deliver the right kind of footage.

The sensor is bright with a f/2.0 aperture , giving it a great deal of low light visibility, although noise is still prevalent on low light images. Thanks to the mix of the high end specs as well an a fantastic display, Multimedia capabilities are right up there with all other flagship devices. In certain cases even better so than the other. The low end on the spectrum for OS functions in the background, less busy Cyanogen OS and 3 GB of onboard RAM really improve things on the OnePlus One.

Performance wise, the OnePlus One aced all benchmarks and kicked it in gaming, with little of no lag on high end graphics and all games running on full juice. Impressive day to day usage and the fluidity of the performing tasks is really appreciable.

Considering the kind of awesome experience you get with the OnePlus One, we feel that the company should’ve just called it “Two”. because it offers double the experience of any regular manufacturer smartphone, with performance, gaming and built.

Today Android is really in a good place, and with Android L on the verge of launch, a lot is expected from the OS. Generally one should choose hardware that not only supports the update, but a manufacturer that is willing to do so. In most case scenarios you would have to wait months before the next big Android OS would be pushed out by manufacturers. The last version of Android aka Kitkat is now available throughout the segment, however it was announced a year back, and yet today some phones ship with Jelly Bean. 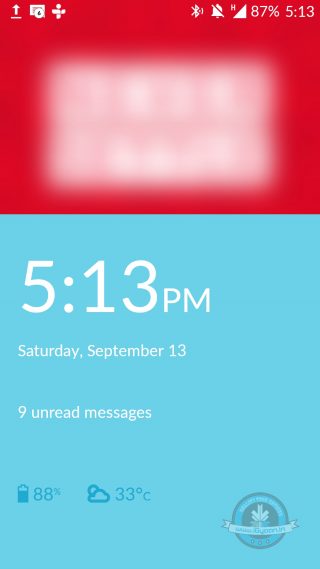 OnePlus One Runs on Cyanogen and it’s a great user experience. 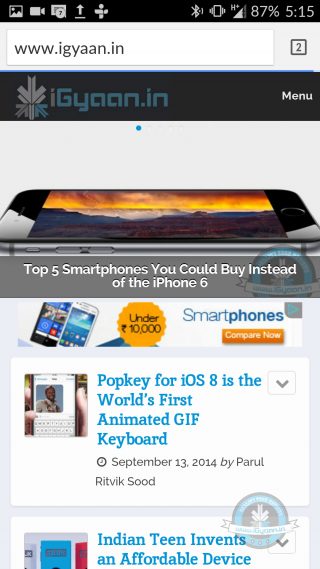 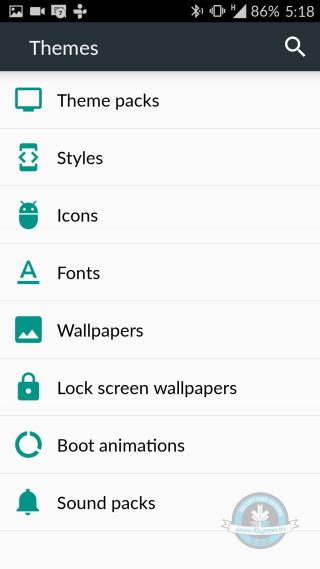 With the Oneplus One and Cyanogen Mod OS, you will never have to worry about that, this group of developers managed to run Android on the HP Touchpad, and now it is updated to Android 4.4.4. So with the Oneplus One you can not only expect quick updates, you can also expect some nifty features and usage improvements.

The UI is very customizable and theme-able using their theme changer and by downloading themes from Play Store, and other resources. Cyanogen allows you to mix and match different elements of different themes to make the one perfect theme for you.

The OnePlus One is not here yet, the company is busy working out a strategy and will have the phone in India, as early as Sept-Oct 2014. However, for a price sensitive market like India, the cost of the phone will be a major factor. Another big deal is the fact that the company is doing away with its invite system, and hopefully by the time they arrive in India, they can ensure supplies to the huge and impatient market.

Where companies like Xiaomi have really gained respect and market share simply by cutting down admin, distribution and marketing costs, OnePlus may bring the One at a premium in India.

The Oneplus One is expected to be priced around Rs. 21500 for the 16GB variant and Rs,. 25000 for the 64 GB variant. Although the prices are more than the $ price, they are much less than the Indian price of major flagships. So for the price of one LG G3, HTC One M8 etc you could typically get , “One Plus One” = 2 phones.

If you can get your hands on an invite today, do not think twice and get the phone, in fact you should have owned it yesterday. As far as warranty issues are concerned, the company has great service support, but you will have to deal with shipping to their support centers overseas, or wait for the Indian one/s.