All You Need to Know About Windows 10

by Parul Ritvik SoodOctober 1, 2014
0
Now Reading
All You Need to Know About Windows 10
Browse This Page 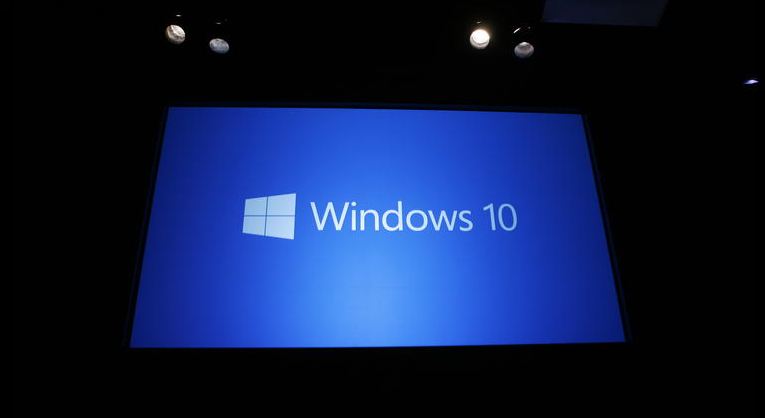 Microsoft launched its new Window OS operating system at a small event yesterday in California. What came as surprise was the name that the company decided to give it. It is not Windows One, not Windows 9, but Windows 10, which combines the reborn Start Menu with Windows 8’s colorful live tiles and adjusts its behavior depending on how you’re using your device. Microsoft wants us to think of the latest version as a fundamental change to how Windows works, and the company skipped a version number to show it.

Return of the Start Menu

Originally codenamed Windows Threshold, the new operating system essentially drops the tiled “Metro” user interface that Microsoft had attempted to implement across its entire device line, from desktop PCs to Surface tablets and Windows Phone devices. Replacing it is a combination of the so-called live tiles, squeezed comfortably in the new Start Menu. It is a more retro Windows experience that will, according to the company, suite both touch and keyboard-and-mouse users. Windows 10 is such a substantial leap, according to Microsoft, that the company decided it would be best to skip Windows 9, the widely expected name for the next version.

“Windows 10 will run on the broadest amount of devices. A tailored experience for each device,” Myerson said at a press event here Tuesday. “There will be one way to write a universal application, one store, one way for apps to be discovered purchased and updated across all of these devices.” “We believe that, together with the feedback you provide us, we can build a product that all of our customers will love,” Myerson added. “It will be our most open collaborative OS projects ever.”

Microsoft is also working on a tweaked UI that isn’t in Windows 10, yet. For two-in-on devices, a “Continuum” mode will adjust the UI depending  on whether or not the mouse and keyboard is present. When a keyboard is disconnected, the Windows 8-style Start Menu appears and a back button is available so that users can easily back out to a prior command. Menus grow larger. But when a mouse and keyboard is connected, the desktop mode reappears, Windows apps return to desktop windows, and the Start page disappears.

That means your software will know when you’re using the OneDrive cloud service or Microsoft Word on a Surface device or a Lenovo laptop and adjust accordingly in a way that will unlock that productivity that Microsoft feels has been eluding its family of devices with Windows 8. 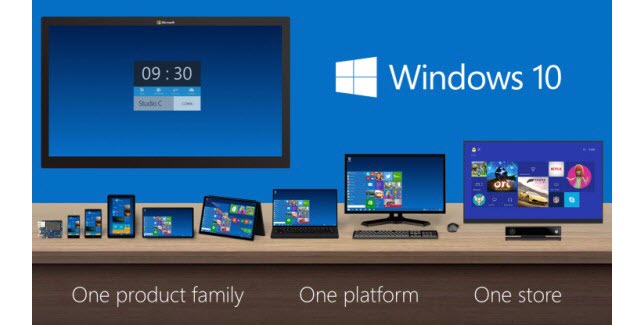 Windows 10 will work across devices.

The goal with Windows 10, the company  stressed, is to find UI approaches that use the same mouse and keyboard experience evolving from Windows 7 so the touch users get something natural. During the event, Microsoft also offered insight into what went wrong with Windows 8. The goal of that OS was based on the effect that two-in-one’s can have for the productivity of Windows to help people get things done. Two-in-one devices can shape-shift from laptop to tablet, and Microsoft hopes that Windows can dominate that dual form factor in a way that their competitor Apple cannot, with its separate iPad and laptop lines.

For the Windows smartphones, the Windows Mobile OS will share the UI and the name. The company also said that the it will not have a desktop. However, it did not elaborate on what the next version Microsoft’s mobile OS may look like.

How Much will it Cost? The company didn’t talk about the business model for the new OS either. The earlier reports suggested that the new Windows 10 may come for free as Apple does with its OS X upgrades or for nominal fee of $20. However, nothing is official yet.

When it Will be Available?

Microsoft expects to release the OS sometime in 2015, after the company’s Build Developer Conference in April. Microsoft also announced its Windows Insider Program, a developer’s program to allow enterprise people to evaluate it early, and will be available starting Thursday. Members of the program will have access to the ‘tech preview build.’

likethis
What's your reaction?
Awesome
0%
Epic
0%
Like
0%
I Want This
0%
Meh
0%
Posted In
Communication Interface, Latest, Microsoft
Tags
microsoft
microsoft
About The Author