by Happy NagashettiOctober 1, 2014
4
Now Reading
OnePlus Expected to Continue the Invite System and Launch OnePlus Two in 2015
Browse This Page

OnePlus had taken the smartphone market by storm with their flagship killer, the One, which sure sounds like a Matrix reference. The phones unique features and high-end specs at a convenient low price have won hearts globally. The biggest hitch with this excellent phone is its lack of availability. In a Reddit AMA(Ask Me Anything), OnePlus’s Carl Pei and David S answered many important queries about the future of the company. 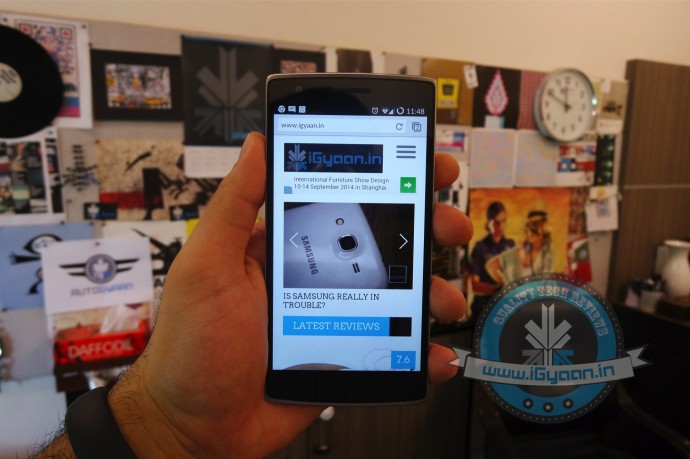 OnePlus said they underestimated the demand and are now scrambling to catch up.

The disappointing bit of the AMA was the revelation that the invite system is not going anywhere at least in this year. It was previously reported that the company will be doing away with the invite system for a pre-order system. Carl Pie said, “We understand that our current method may be slowing our growth down, but we’d rather grow slower and in a healthy way than take too much risks and go out of business. Risk management is extra important in our scenario where we don’t have hardware margins.”

The most prominent announcement was about the successor to the mighty OnePlus One. The new phone, OnePlus Two will be launched by the second or third quarter of 2015. It is a good enough time span considering the future-proof OnePlus One will continue its formidable stand in the market for the considerable future. OnePlus Two will also come with Android L pre-installed. This phone too will begin sale with an invite system but will gradually be rolled out through pre-orders. They also said they are considering the requests for reducing screen size for their next device.

The company said they were considering the screen size issue as that is one request they have been getting bombarded with. The 5.5 inch screen is just too big for everyone. The company has made it clear they will not be bringing it down to iPhone 6’s size of 4.7. We think a 5.0 or 5.2 inch is a great size that everyone can get used to. They said they would continue using the IPS screens instead of OLED’s as they cost more, and their benefits are not really worth the extra bucks.

OnePlus also said that they are testing products in various other categories, but are not sure of what they’ll release into the market. They said “The Nexus tablets are pretty good. We don’t think we can make anything significantly better in the near future.”

Overall this was a great discussion. We appreciate the honesty of the folks at OnePlus, who didn’t leave their potential customers in the dark. Now we just hope that the next OnePlus device is as epic as its current sibling.

Happy Nagashetti
iGyaan Network's newbie Happy is a Technological Hedonist, Traveller, Photographer, Curious Humanoid and a giant foodie who is always pumped up for new adventures.
You Might Also Like
AndroidLatestMobileOnePlus
Read More