by Parul Ritvik SoodOctober 31, 2014
0
Now Reading
Motorola’s Monster Droid Might Get a Global Release as ‘Moto Maxx’
Browse This Page Verizon-exclusive Motorola DROID Turbo is reported to get a global release under the company’s quintessential ‘Maxx’ branding. Going by the invite posted by a Portuguese publication named Tecnoblog, the company is gearing up to announce the global roll-out of the smartphone on 5th November at an event in Sao Paulo, Brazil. The country has always been an important market for Motorola since its heydays, which is evident by the fact that the company globally unveiled the popular Moto G (first generation) last year at an event in Sao Paulo.

The invite doesn’t illustrate any specific phone, but it does show a device with the same Ballistic Nylon back panel featured on the DROID Turbo. 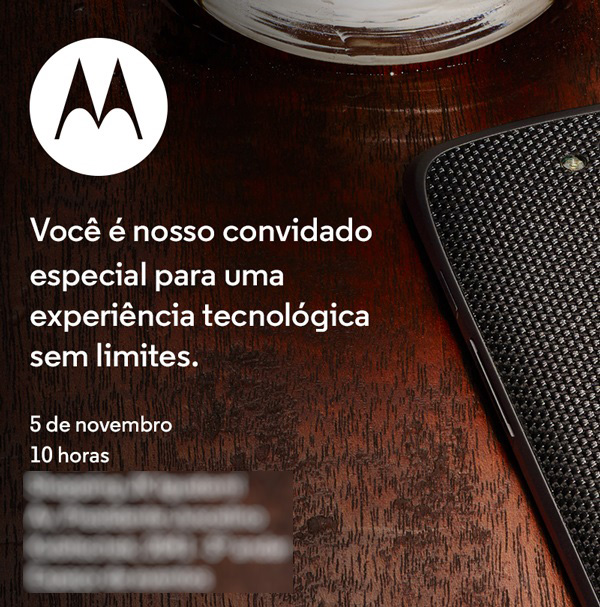 Motorola’s last Maxx-branded smartphone, the Motorola DROID MAXX, launched last year exclusively at Verizon Wireless. Meanwhile, the last ‘Droid’ smartphone that was announced back in 2012 in India was the Motorola RAZR MAXX.

Parul Ritvik Sood
iGyaan Network's newbie, Parul is a Writer, Poet, Reader and Mass Communication Graduate with great interest in startups and entrepreneurship.
You Might Also Like
LatestMotoTech
Read More