iBerry India, in association with eBay has launched the newest iBerry Auxus One smartphone along with the latest Auxus RIST smartwatch.

The Auxus One smartphone feaures a rotating camera unit as we have seen on Gionee’s Elfie E7 Mini. The camera unit on the phone features a 15.5 MP camera equipped with Sony’s BSI sensor with a 207 degree revolving camera. Other specs on the phone include a 5.7 inch screen with Gorilla Glass protection. It is powered by a 1.7GHz Hybrid Octa- Core MT6592 processor coupled with 2GB RAM. It runs on the latest Android 4.4 OS with support for GPS and NFC.

The smartphone has dual-SIM capabilities and a 3200mAh battery. On the memory front it offers 32GB of internal storage expandable upto 128 GB via a Class 10 microSD card. 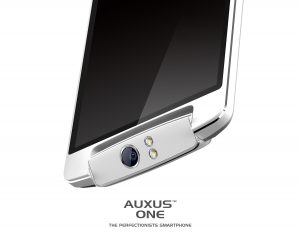 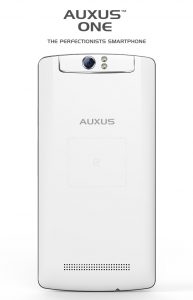 Meanwhile, Auxus RIST, the company’s first smartwatch is waterproof and sports a dual core processor. It also has a micro SIM card slot for voice calling and 3G connectivity. In addition, the smartwatch also features a 3 MP camera. Other features of the smartwatch include 32GB expandable memory, support for Wi-Fi, Bluetooth 4.0 and GPS. The smartwatch is powered by a Li-ion rechargeable removable battery which the company claims can last for one full day. It also includes other nifty features like a Heart Rate Monitor and Calories Check. Commenting on the launch, Mr. Vidmay Naini, Business Head – Technology Category, PaisaPay & PowerShip, eBay India, said, “It is our continuous endeavor to the inventory and offer unique deals to our customers. Auxus products have been well received by gadget enthusiasts logging into ebay.in from over 5000 cities, towns and villages across the country. We are confident that the smartphone and smartwatch will also be a grand success on ebay.in.”

likethis
What's your reaction?
Awesome
0%
Epic
0%
Like
0%
I Want This
0%
Meh
0%
Posted In
Latest, Mobile, Wearables
Tags
iberry
iberry
About The Author

Abhinav Mishra
iGyaan Network's Newbie, Abhinav Loves Gaming, Cars and Technology, You can Find Him on PSN Bragging About his FIFA Skills.
You Might Also Like
LatestMobileWearables
Read More