According to Xiaomi President, Mi5 to Arrive Next Month

by Meenakshi RawatDecember 29, 2014
2
Now Reading
According to Xiaomi President, Mi5 to Arrive Next Month
Browse This Page

Xiaomi looks upbeat and in a mood to surprise. The upcoming device by the Chinese smartphone manufacturer, Mi5, has already created quite a buzz in town and now the Co-Founder and President of the company, Bin Lin has disclosed that their new flagship smartphone would be unveiled in January.

Along with the revelation of a $1.1 billion funding, Bin mentioned in his post,

In January 2015, we will be unveiling our next flagship device.

However, Bin didn’t disclose the exact date of its arrival, GizChina claims that the device will launch by 15th of January, 2015.

Few days back, some pictures of the Mi5 were spotted on the internet, which demonstrated most of its display specifications.

The website also stated that the phone would have a 5.7-inch QHD display with 2560×1440 pixels resolution. It will be powered by a 64-bit Snapdragon 810 octa-core processor along with Adreno 430 GPU and 3 GB of RAM. The Mi5 is said to feature a massive 20.7MP front camera coupled with a fingerprint scanner and Sony Exmor sensor. 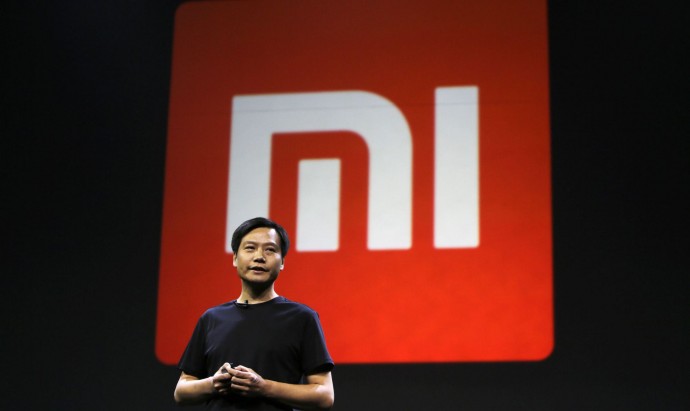 There are also rumours about the expected launch of Mi Pad 2 and Redmi Note 2 (temporarily titled). The Mi Pad 2 is expected to sport a 7.9-inch screen. Meanwhile the successor of Redmi Note is rumored to have a 5.5-inch display along with a 64-bit Snapdragon 615 octa-core processor, 2 GB of RAM and 8 MP camera.

Xiaomi’s Redmi Note 4G will go on sale on 30th December. The specs quoted for the next generation Mi device seems to put it directly on top of the food chain. Xiaomi has already become the third biggest smartphone company in the world. This flagship may be a direct assault on the big boys; Apple and Samsung. And if Xiaomi prices the device as competitively as it has done in the past, this might again be a big winner for the company. Seems like there’s no force yet which might stop Xiaomi’s roaring momentum.