Facebook server seems to be having some trouble. At the time of writing, the Facebook page showed the standard error text ‘ “Sorry, something went wrong,” if you tried to open the website. The error was reported in Europe and the United States, stating that both Facebook and Instagram appeared to be down. 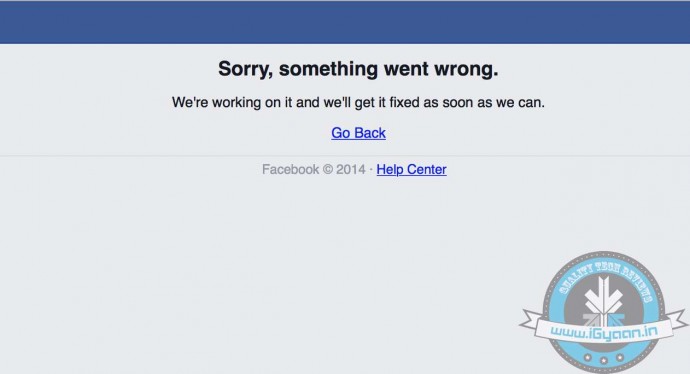 Facebook brought up an error message telling users that “something went wrong” and the problem would be fixed as soon as possible. Meanwhile, Instagram – a photo uploading site that is owned by Facebook – went to a blank page on the desktop while the mobile application failed to load new data.

There were also some reports that Tinder, a popular dating app was hit by an outage. Facebook and Instagram are now back online after shutting out users for just under an hour. The reason for the outage is unknown as yet.

Parul Ritvik Sood
iGyaan Network's newbie, Parul is a Writer, Poet, Reader and Mass Communication Graduate with great interest in startups and entrepreneurship.
You Might Also Like
FacebookInstagramLatest
Read More