Unboxing | Samsung Galaxy A5 | Hands On With the launch of the Galaxy Alpha last year, Samsung attempted a new metal frame based design philosophy that also influenced their last major flagship, the Note 4. Samsung recently launched the A3 and A5, which are based on the same design elements, but come with a mid-range price tag. We unbox and take a look at the new Galaxy A5 from Samsung.

Except for their display sizes, both the A3 and A5 look identical. There is nothing on the top as both the microUSB slot and 3.5 mm jack are placed on the lower end. On the right, you have the power button along with two SIM slots out of which the bigger slot can be used as a microSD card slot. On the left, you have the volume rockers and staying true its, ‘Samsungness’, the main button sits at the center below the display along with the capacitive touch buttons. The pearl white color of the device is fantastic.

In the box you get: 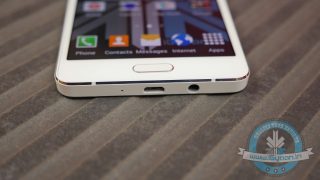 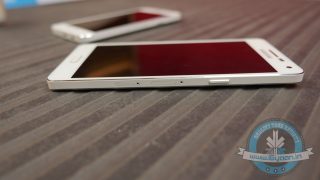 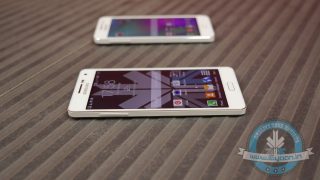 Galaxy A5 vs The Yu Yureka

The devices are marketed as selfie and camera friendly  and hence provide instant access to the camera from the lock screen. The touch felt responsive, and there were minimal lags in the time of use. The Galaxy A5 has a 1280×720 display which is a dissapointment as Samsung could have easily provided a Full HD display at the price.

The Galaxy A5 comes for a price of Rs. 25,500 and has more to offer than its younger sibling; the Galaxy A3. Stay tuned for the full review of the devices only on iGyaan.in. The A3 and the A5 Compared : The A5 being the larger variant

Happy Nagashetti
iGyaan Network's newbie Happy is a Technological Hedonist, Traveller, Photographer, Curious Humanoid and a giant foodie who is always pumped up for new adventures.
You Might Also Like
LatestMobileSamsungUnboxing and Hands On
Read More