Yesterday, Samsung at their annual Forum announced that they will be focusing more on releasing 4G smartphones for the Indian market. Keeping in line with their word, they went forward to announce four 4G devices. The Samsung Galaxy J1, is one of the devices. It was also the cheapest handset announced by the company yesterday. The Galaxy J1 sports a 4.3-inch WVGA TFT display with 480×800 pixel density. It is equipped with 1.2GHz quad core processor and runs on Android 4.4 KitKat.  It has an inbuilt memory of 768 MB RAM and 4 GB internal memory, which can be upgraded up to 128 GB via microSD slot.

Samsung has gone for a curvier look with the J1. The design is typical Samsung-style – touch capacitive buttons at the bottom, centre oval shaped home button and the logo placement is kept the same as every other model by the company.

The look and feel of the device is good, however it is slightly on the bulky side, especially when compared to the rest of the sleek devices recently launched by Samsung. The Galaxy J1 features a 5MP rear shooter with Flash along with 2 MP front camera; the company should’ve considered going for a higher resolution cameras.

The Dual SIM handset gets powered up by a 1,850mAh battery. The device is available in blue, black and white colour variants. The model will come at Rs. 9,900 and will be available in India from the second week of March 2015. The specifications are mediocre for the amount the company has priced the device. There are several devices in the sub-Rs. 10,000 segment, which offer way better specs, some even at lower prices. 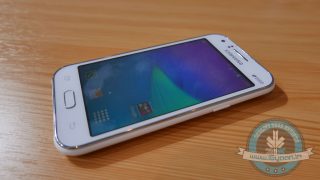 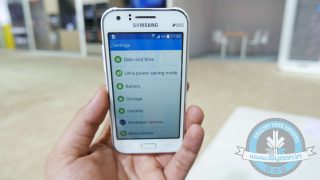 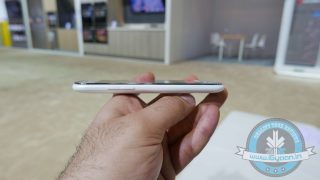 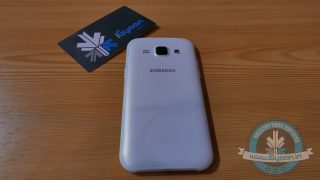 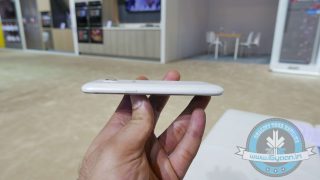 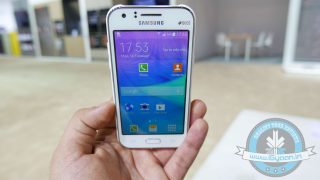 Rishi Baruah
iGyaan Network's newbie Rishi Baruah is a musician hailing from Mumbai. He plays drums for a Delhi-based band and specializes in Concert Photography. Oh yes, he can cook up a mean four-cheese pizza.
You Might Also Like
LatestMobileSamsungUnboxing and Hands On
Read More