When American president Barack Obama joined Twitter in May, 2015 he broke Robert Downey Jr.’s record of reaching one million followers in the fastest time ever according to Guinness Book of World Records. Obama reached the number in under five hours, while it took Downey Jr. over 23 hours to achieve the same.

The Prez has now taken to Facebook and seems to be setting new bench-marks of popularity on the social media platform already. Within hours of announcing the account, he has over 600,000 followers on his Facebook page.

The inaugural post of the page is a video of President Obama walking across the White House grounds, also a national park.

Hello, Facebook! I finally got my very own page. I hope you’ll think of this as a place where we can have real conversations about the most important issues facing our country – a place where you can hear directly from me, and share your own thoughts and stories. (You can expect some just-for-fun stuff, too.)I’m kicking it off by inviting you to take a walk with me in my backyard – something I try to do at the end of the day before I head in for dinner. I say this often, but that’s because it’s always at the front of my mind: We’ve got to preserve this beautiful planet of ours for our kids and grandkids. And that means taking serious steps to address climate change once and for all. Now, we’ve made a lot of progress to cut carbon pollution here at home, and we’re leading the world to take action as well. But we’ve got to do more. In a few weeks, I’m heading to Paris to meet with world leaders about a global agreement to meet this challenge.I hope you’ll join me in speaking out on climate change and educating your friends about why this issue is so important. At a time when nearly three in four adults online use Facebook, this feels like a great place to do it. Share your thoughts in the comments, and pass this message on to folks you think need to see it.If we’re all in this together, I’m confident we can solve this and do right by future generations. 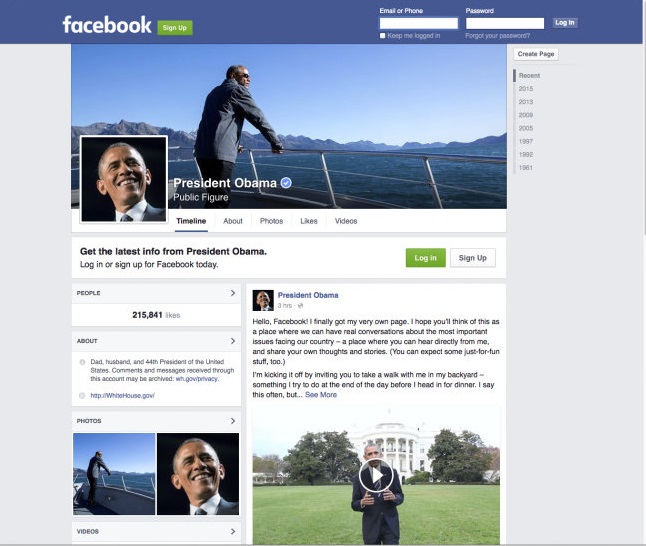