Samsung’s Galaxy View Tablet Goes On Sale In the US

by Rachel IssacNovember 10, 2015
0
Now Reading
Samsung’s Galaxy View Tablet Goes On Sale In the US
Browse This Page The Samsung Galaxy View tablet that was unveiled last month, is now ready for sale and purchase in the Unites States of America at $599 (Rs.39,770). This tablet comes with an 18.4 inch screen, a built-in stand and also offers live television in some places. There’s a handle at the back of the device, and the screen features a 1080 X 1920 resolution with 119ppi pixel density. It runs on the Exynos 7580 chipset which comes under the hood with an octa-core 1.6GHz CPU inside. In the memory department, it comes with a 2GB of RAM space and 32GB of internal storage. 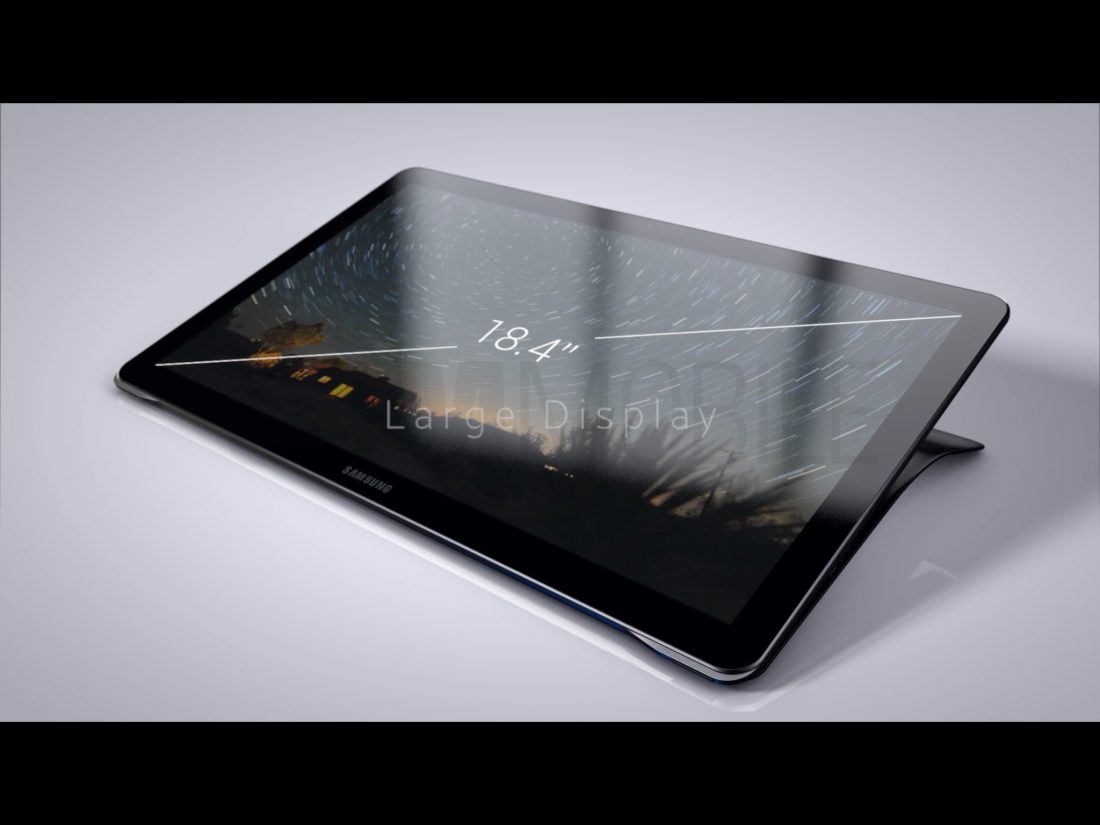 The Samsung Galaxy View comes with a 2.1MP camera in the front while the entire device is fueled by a 5,700 mAh battery with 8 hours of internet. The cell reportedly will allow you to listen to music for up to 299 hours, the device is also compatible with Wi-Fi and Bluetooth 4.1 connectivity. It will come in a regular black colour with the Android 5.1 pre-installed.

However, we should note, that currently the model with cellular connectivity will not hit sales anytime soon. So, we will only have access to the Wi-Fi only variant. Even up till a fortnight ago, we were wondering why exactly had Samsung launched an 18 inch device which seemed like a hybrid of a TV and a tablet. Perhaps time will tell. Would you be willing to lug the Samsung Galaxy View around for some video-streaming pleasure when it arrives in India?