Samsung Unveils Updated Galaxy A7 and A5 Devices with Metal Bodies

by Rosheena ZehraFebruary 4, 2016
10
Now Reading
Samsung Unveils Updated Galaxy A7 and A5 Devices with Metal Bodies
Browse This Page 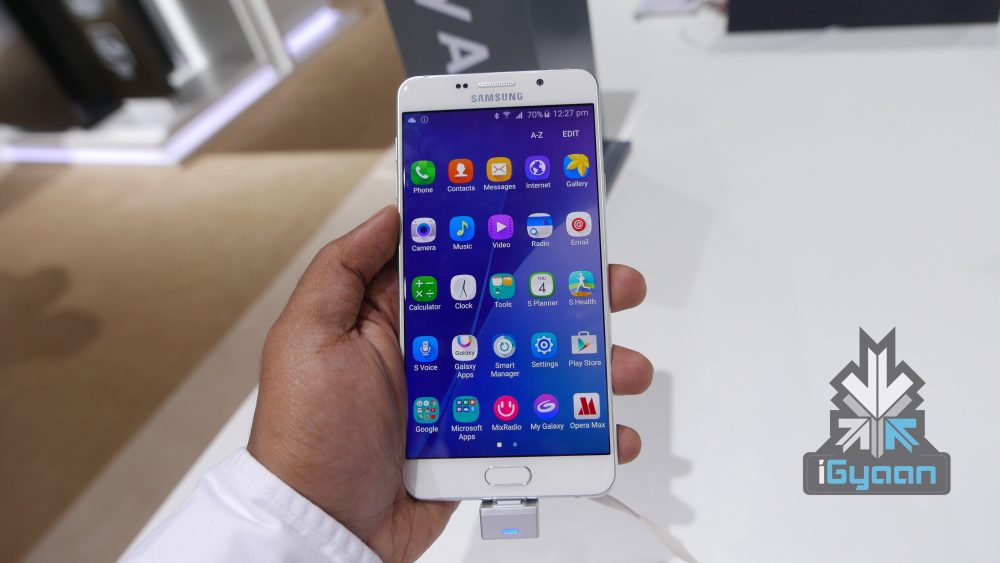 Samsung is back with its updated A-series of devices. Today the Korean giant unveiled its mid-range Galaxy A7 and A5 devices, which feature OIS and fingerprint sensor. Samsung takes the S6 glass and metal design language forward this year and introduces Galaxy A7 and A5. The updated devices come with a bunch of new features and specs.The A7 sports a 5.5-inch AMOLED FHD screen with 1920 x 1080p resolution and a 1.6 GHz octa-core processor, 3GB of RAM and 16GB internal storage and 3,300mAh Fast Charging battery. The devices will be available through Snapdeal and offline partners starting 15th February. Both A5 and A7 will have three colours variants -Gold, Black and White. Follow this space for more on Samsung’s A-series launch.