by Rosheena ZehraFebruary 3, 2016
7
Now Reading
Apple’s New Patent is For Controlling Touch Screens Without Touching Them
Browse This Page Imagine tinkering a device without even touching it -turning on or off a display, handling volume controls or screen brightness, attending calls, replying to messages -all of it without any physical contact. While this may sound like a futuristic gadget from the last sci-fi movie you watched, let it be known that this is precisely the kind of device Apple is planning to make. The Cupertino based tech-giant filed a non-contact patent on Tuesday for devices that can be controlled with only gestures, minus any physical contact. The patent is for multi-touch surfaces with touch-free proximity centers, and it describes this new tech as follows, “the no-touch, close proximity hovering of fingers or other objects above a touch-sensitive surface but outside the near-field detection capabilities of touch sensors.”

Apple plans to fulfill these goals with the help of proximity sensors made of infrared LEDs and photodiodes. Electrical currents could be altered by photodiodes depending on how much light falls on them. By detection of infrared light that reaches these sensors after getting reflected or deflected with the user’s hand, the sensors would be able to interpret gestures and commands. 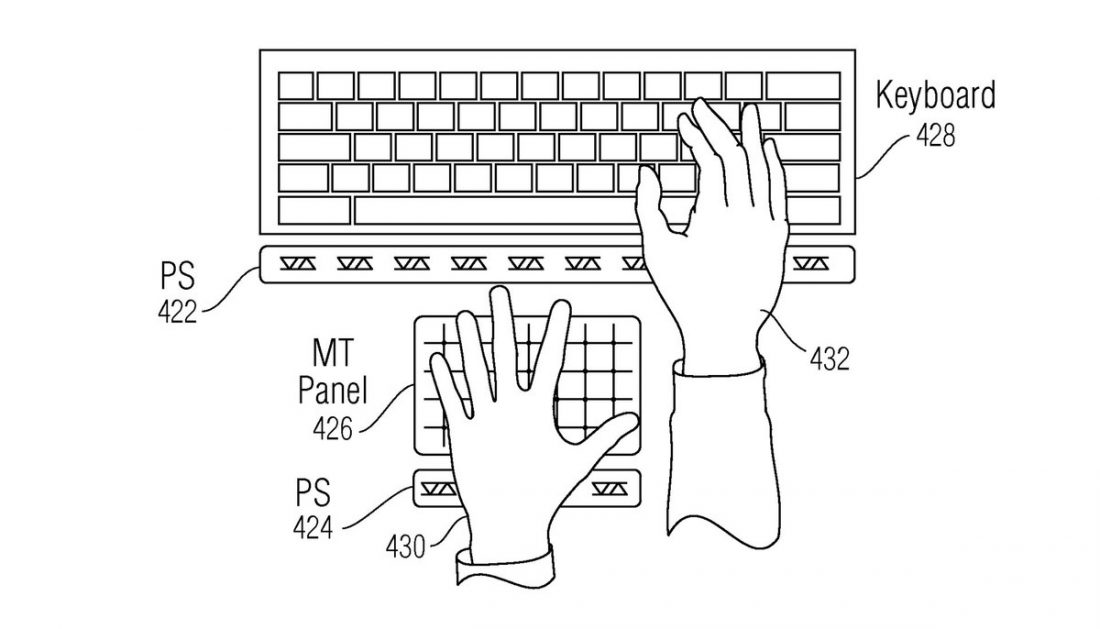 It is unclear at this point in which Apple device this patent would be put to test first. But since the patent includes image of a laptop that is using non-contact input with a standard touchpad maybe we could hope to see it first in a Macbook or an iMac. For all that we know, these plans could be trashed as well before they even see the light of day, as often happens with patents. Either way, there is nothing stopping you or us from keeping our fingers crossed.