Samsung Galaxy S5 To Launch in India On 27th March 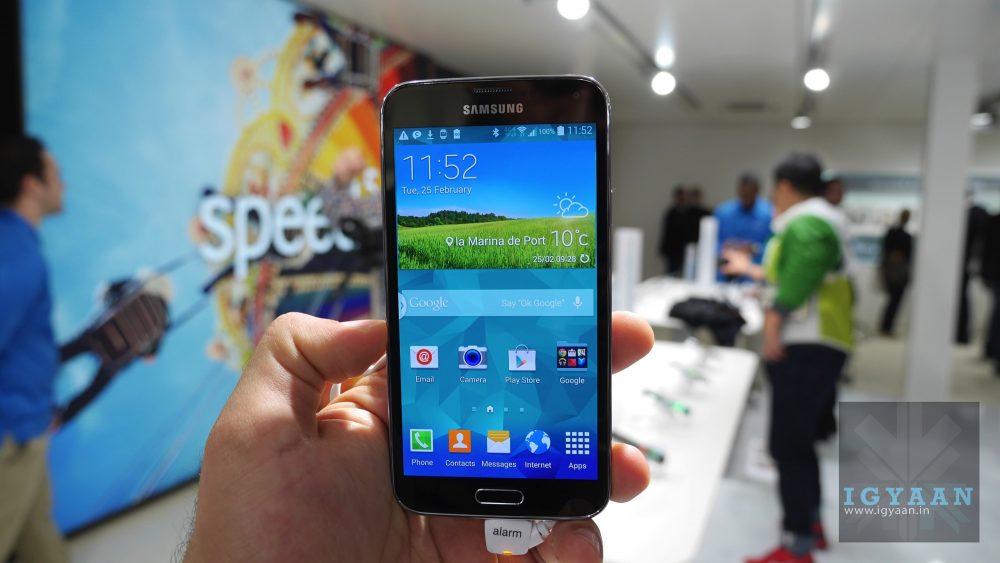 Samsung is all set to launch the Galaxy S5 in India on 27 March 2014. The global availability will still be 11th April, but the smartphone will be launched in India prior to that.

Including India, Samsung Galaxy S5 will launch in 150 countries all together. However, it is not clear if this launch will also include, the new range of wearable devices from the company.

The Galaxy S5 is IP67 Dust and water Resistant, which means; it can be used in rain, while swimming etc, but keeping in mind it is not water proof. The Galaxy S5 also features a hear rate sensor, located just below the back camera and aside to the flash light. It also offers a Finger Scanner, providing a secure, biometric screen locking feature and a seamless and safe mobile payment experience to the users.

Other features like S Health 3.0, the new Galaxy S5 offers more tools to help users stay fit and well. It provides a personal fitness tracker to help users monitor and manage their behavior, along with additional tools including a pedometer, diet and exercise records, and a new, built-in heart rate monitor. The new S Health app can sync with Samsung’s Gear line of wearables, including the Gear Fit fitness band, Gear 2 and Gear 2 Neo, and it offers guided coaching and feedback while you work out.

The Samsung Galaxy S5 will be available in new colors like charcoal Black, shimmery White, electric Blue and copper Gold. Samsung has not shared any price information, but it should out really soon. We will bring you the latest, so stay tuned!