Gionee announced the ELife S5.5 at MWC 2014 and launched it in India early April. For a price of Rs. 22900/- the handset also takes on the moniker of the “Slimmest Phone in the World”. But, does this handset compromise on performance and capability because its slim? Lets find out in our Review ! The Gionee ELife S5.5 comes only a year after the company started operations in India. With claims to become Top 5 vendor in less than 5 years the company seems to be headed in the right direction. The few handsets in the past have shown us that the company not only focuses on bringing handsets into the market but also ensures that the user experience is good. With previous handsets like the E6 and E7 winning us over the S5.5 shows a great mix of design and performance at a good price. The build quality on the new Elife S5.5 is superb, a perfect mix of Gorilla Glass laden exteriors mixed with a structure based on a hardened aluminum alloy. The buttons are also made from metal, and have a premium and tactile feel. At first it seems that the bezel is flush with the glass but is actually slightly, almost not noticeably, raised, giving the S5.5’s glass design some protection from flat drops.

The frame itself has been designed to release shock and therefore drops should not easily shatter the glass. The phone can take quite some damage and almost show no signs of wear and tear, the frame is metal so expect it to scratch easy. Design wise the S5.5 is very very good looking, especially in the Gold and White variant. The company has ensured that everyone gets a version they like and the colors should help in that. The phone has a very premium design and the finish on the handset is very rich. Hardware wise the Gionee Elife S5.5 somehow seems to find a good balance. A Mediatek 6592 chipset with 8 cores clocked at 1.7 GHz a Mali450 MP4 variant GPU, 2 GB of RAM and 16/32 GB storage capacities. The main camera sensor is 13 MP and the front camera sensor is 5 MP both with 1080p capture.  Battery is on the low side with just 2300 mAh under the hood, however with the slimness of this device in consideration, its a pretty high value.

The Elife S5.5 comes with Android 4.2.2 out the box with no official word on updates to Android 4.4 aka KitKat. However the highlight of this is the new Amigo 2.0 UI which has been put right on top of Android. Now, unlike skins, it is a rebuild of Android, similar to the likes of Cyanogen and MIUI. The newer Amigo is much faster and more responsive than previous builds. The improvement also translates into installed applications, which include “power booster and performance booster” the two of the most significantly useful preloaded apps till date. The performance booster allows you to ban apps that forcefully startup on powering the handset, therefore considerably improving the free ram and performance of the phone.

The handset is stable and powerful enough to handle daily tasks and also the extremities you might want to expose it to. Heat management is also much more controlled than the competition, possibly because of the lack of a turbo variant of the MT6592 chipset.

Gaming is impressive and lag free in most cases, most games are compatible out of the box and run smooth. Audio could have been louder and we have expressed this in the past. The screen is beautiful and the dimples on top and bottom somehow not only make it look good but also provide adequate grip for holding the device in landscape. For the camera, the colors and saturation is near perfect, with no problems with exposure or white balance. Images are crisp and autofocus works really well, even up close. Video is also good with no lag in video capture, it is also worth stressing that the onboard microphone for video is exceptionally good. 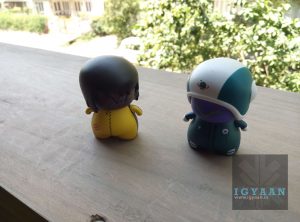 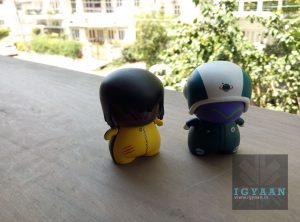 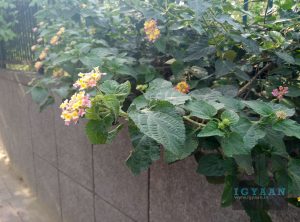 The front camera is equally good with 5 MP on the badge, pictures are clear and it works well in low light conditions. If you are a selfie fiend, then this might just be right up your alley.

The Gionee Elife S5.5 comes with a globally unlocked 3G capability, so this single sim device will come in handy for the global traveller. However the lack of 4G is really worth a notice, especially considering we are not far away from launch of said services in India (Or so we are made to believe). The networks are solid and the phone holds its connections mostly throughout the range of the conversation. The inbuilt noise cancellation is good but not comparable to the likes of flagships from Apple and Samsung. Audio coming in and going out is crisp, loud and clear and honestly we really have nothing to complain about in the phone department and thats saying a lot. Battery life is the most we could expect from this handset, and honestly with the kind of hardware inside, and the lack of a bigger battery we were expecting much less. You will still get a days use of the phone even if you talk upto 5 hours on this and then use it some.

The Gionee Elife S5.5 shows that new players can have great phones, where many Indian counterparts have let us down. Gionee tries to deliver a complete package, a custom UI, a great built device, a good set of hardware along with impressive performance and battery life. All this at a fairly low price when compared to the market value of flagships. However it does let us imagine why things like a microSD card slot are left out, features like 4K video capture and 4G networks are ignored for markets like India. Even if as a higher price option, consumers deserve an option to choose a handset which is more capable. And what about those KitKat updates?, why can we not simply get a handset that runs Android 4.4. out of the box. The Elife S5.5 impressed us,  now if the company can roll out a KitKat update consider us sold. The color options, the impressive build quality, and great hardware are just the beginning, the UI is good and so is the overall experience. There are other options in the market, the Moto X delivers faster updates handsets from Samsung and Sony also now belong in this category. Honestly the Elife S5.5 deserves a chance because it sort of sits above the rest, sort of! Bharat Nagpal
Founder and Chief Editor of iGyaan. Bharat likes to keep on top of technology ! Follow Him on Google Plus : Google+
You Might Also Like
GioneeiGyaanLatestMobile
Read More