Samsung introduced a one-of-a-kind smartphone today. It stands out in the crowd for its unique screen, which extends and runs over onto the right side of the device. And if you’re thinking the curved panel is simply a marketing gimmick, you’re wrong.

The extended side screen is super functional as well – it has 7 scrollable panels which are customisable. When the Galaxy Note Edge is locked, the side-panel can be used to have a quick look at notifications and get faster access to certain features such as time and date display, flashlight, camera, messages and even a ruler.  Preferred apps can also be shifted to the side panel, frequent use of which will help users conserve battery life.

The Samsung Galaxy Note Edge comes as a pleasant surprise which was kept well under wraps. It is one of the few devices launched recently which left no virtual trail and had no ‘leakster’ tracking its every more. 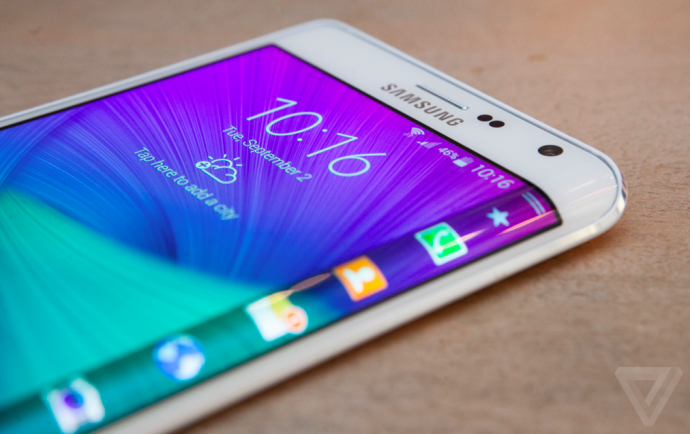 So, the new bent display not only gives Samsung’s new smartphone a sleek look, but it actually might help keep the main screen clutter-free. Samsung has also announced that will release the API so that third-party app developers can make use of the new screen and create appropriate apps for the screen.