Sony is now here to add to the long list of phones being launched today. We’ve already seen Samsung starting the event right by introducing a revolutionary curved screen smartphone. Now, we have Sony lining up its contenders to fight this year’s flagship war.

The company introduced its new flagship device, the Xperia Z3. This smartphone, will now go on to fight the highly-anticipated iPhone 6 and the newly released Galaxy Note 4. 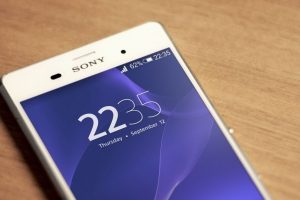 As expected, Sony has integrated the new Xperia Z3 with the Playstation 4, by adding a new feature called PS4 Remote Play that will let you use the Xperia Z3 as “a remote screen to connect to and control your games on PS4.”

Sony Xperia Z3 will come with a 5.2-inch Full HD display that Sony claims is “the world’s brightest display of all the leading premium smartphones.” Other specs for the device include a 2.5 GHz quad-core Qualcomm Snapdragon 801 processor, 3GB of RAM, a 20.7-megapixel camera and Android 4.4 KitKat.

Sony hasn’t yet provided a release date for the phone and will only say that it plans to launch the phone this fall. There are no pricing details revealed either.

Parul Ritvik Sood
iGyaan Network's newbie, Parul is a Writer, Poet, Reader and Mass Communication Graduate with great interest in startups and entrepreneurship.
You Might Also Like
DesignLatestMobileSony
Read More