Samsung Galaxy S6 and S6 Edge Come To India; Here’s All You Wanted to Know

by Happy NagashettiMarch 23, 2015
1
Now Reading
Samsung Galaxy S6 and S6 Edge Come To India; Here’s All You Wanted to Know
Browse This Page 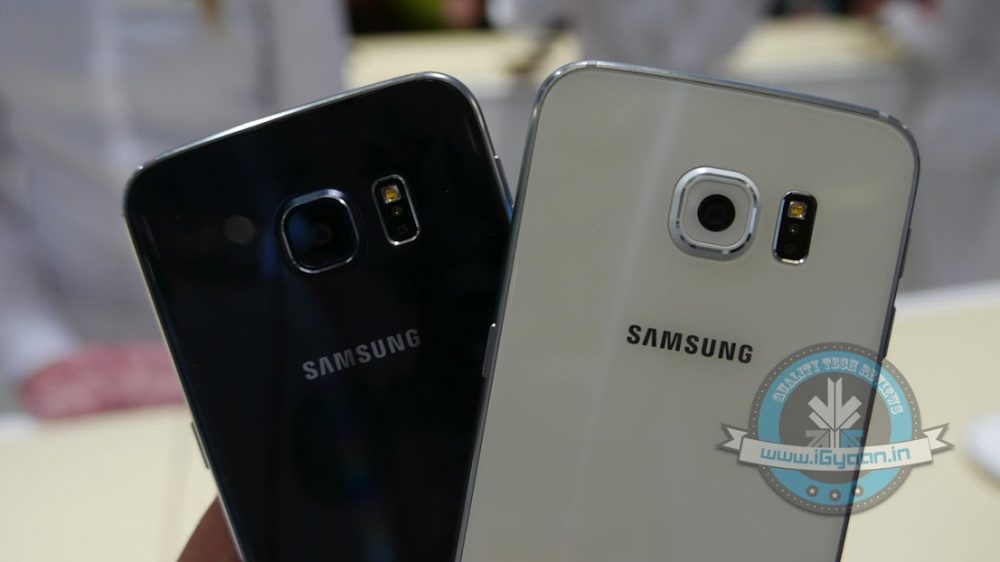 Samsung is ready to let its latest flagships, the Galaxy S6 and the S6 Edge to take on the world. There is a lot of excitement for these two handsets which is evident from the fact that Samsung received record orders of 20 million units within a week of launch. The  Korean electronics giant released these new top of the line phones for sale in India today and here is everything you wanted to know about them. Samsung had faced a lot of flak in the past couple of years for offering uninspired designs and features in its devices. The company considered the criticisms and said that they would be going back to the basics and create a device from scratch. It was called Project Zero and these two new launches of today are the first handsets to come out of Samsung’s initiative.

The New Galaxy S6 and S6 Edge introduces a premium metal and glass based design. Samsung has put great stress on the design aspects of the new handsets, and the elegant one-of-a-kind design of the S6 Edge is the proof of the hard work undertaken at Samsung’s laboratories. The devices offers unique features such as Samsung Pay, which lets you use your phone for card based transactions. They also offer the most pixel intensive Quad HD display with 577 ppi for a unique, eye-popping multimedia experience.  and wireless charging and ultra power saving mode for improved convenience. Samsung has added a security feature called Samsung Knox on these new flagships which basically lets you use the same device for business and personal purposes. The user presses an icon that switches from Personal to Work use with no delay or reboot wait time.  Samsung has claimed this feature will be fully compatible with Android and will provide full separation of work and personal data on mobile devices and addresses all major security gaps in Android. Samsung Galaxy S6 and the S6 Edge definitely have a spec-sheet that would be the envy of all the lower end devices in the market. The two devices are almost identical and differ only in terms of their processor and battery power.The S6 is equipped with 64-bit Exynos octa-core while a peppier 2.5 GHz Exynos octa-core chipset is embedded on to the edgy Galaxy S6. Both the devices are available in 32, 64 and 128 GB storage variants and there are no expandable storage options.

Why does it Matter?

The success of the Galaxy S6 is essential to Samsung. The company has been constantly losing its market share in the smartphone game. The phones have been received well by the critics and its now the turn of the end consumers to give their verdict on Samsung’s latest flagships. If the new design is appreciated by the target audience, Samsung might also attempt at bringing the design features in devices which are lower in the food chain. The Korean giant needs to re-establish its dominance in the lower end of the market, and a design revamp of the entire portfolio with boost in specs would be one way of achieving that goal. The market results of this year might be able to predict the future of the company.

Samsung has also offered some goodies for folks who pre-order their new phones before the April 10th release date. The company is offering 10,000 points to the customers in case the price of the device falls. It is also offering free screen replacement warranty for twelve months from the date of purchase.

Check out our exclusive hands-on video from Samsung’s MWC 2015 launch below:

You can preorder the phone right now: