by Meenakshi RawatMarch 24, 2015
0
Now Reading
Hands On | Honor 6 Plus
Browse This Page Honor, an independent brand of Huawei, is evolving as a powerful label. Last year it added bigger and better handsets like the Honor Holly and the Honor 6 to its smartphone portfolio, which were received well by the Indian customers. Today, the company has come forth with two more devices for the Indian market, Honor 6 Plus and Honor 4X. The former device is a 4G version and comes with a price tag of Rs. 26,499. The device will go for sale in April via Honor’s exclusive marketing partner, Flipkart. Honor 6 Plus is pretty impressive at first look and boasts of a design much like an iPhone. The 165g handset has a glossy back panel of fibre glass. The front holds a 5.5-inch FHD display with 401 ppi pixel density. There are no capacitive touch buttons as they are featured in the user interface itself. 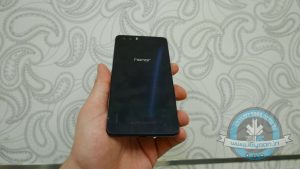 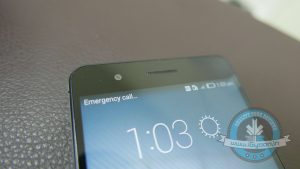 The processing capabilities of the device is handled by a octa-core (1.8GHz Quad Core+1.3GHz Quad Core) HiSilicon Kirin 925 processor with Mali-T628 MP4 GPU. The phone offers 3 GB RAM and 32GB of internal storage. The storage can extended via MicroSD card up to 128GB. The device runs on  with Emotion UI 3.0 on top. 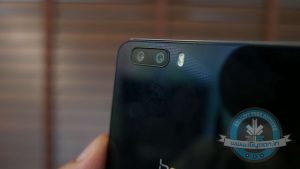 The camera specifications of the 6 Plus is what makes it stand out of the pack. It is the first phone to house an 8MP rear shooter with bionic parallel dual lens. With the dual lens, the device can focus on the subject within 0.1 seconds, and can also record the depth information for panoramic viewing. The front boasts an 8MP selfie cam with BSI sensor. Along with that, the camera offers other innovative enhancements like the night mode. 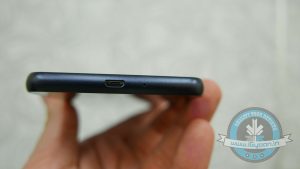 The right-hand side of the Honor 6 Plus holds both the volume and power buttons, and the left side is void of any buttons. The bottom holds a charging port, which the company says features 2-way charging, which is a one-of-a-kind feature that allows you to charge other devices through this phone. The top of the 6 Plus has a 3.5 mm jack for audio input.

The battery is the second highlight of the phone after the dual lens main camera. A 3,600 mAh battery is embedded onto the device, which keeps in running for more than a day even on heavy usage.

Overall, the phone feels amazing in hand and its high resolution display makes the device even more irresistible.

Check out our hands on video here:

Meenakshi Rawat
iGyaan's newbie Meenakshi handles content at iGyaan. She is an ultimate foodie, loves travelling and likes to read.
You Might Also Like
LatestMobileUnboxing and Hands On
Read More