Honor has introduced two new phones for the Indian market, the Honor 6 Plus and the Honor 4X. Both these devices have appealing designs and features. We got our hands on the new Honor 4X and here we bring to you our first hands-on experience with the new smartphone. The camera of the Honor 4X is its stand out feature.

The handset features a 13 MP camera on the back which churns out some great images. On the front of the device sits a 5 MP camera for all your selfie needs. It shoots 1080p videos at 30 fps. The camera app is easy to use and offers features like tap to focus, beauty shot, and multiple filters. It lets you change the focus after taking a shot with its All-focus feature. You can also add record a 10 second audio with a photo with the Audio Note feature and also add a watermark which shows the name of the city you are in along with temperature and date.

The device felt good in our hands, though it was a bit slippery. It has a soft touch back panel which is made from Kevlar, the material used for making bullet-proof vests. This back panel is removable, but the battery has been sealed. The SIM card and microSD card slots are placed inside the back panel. The EMUI running on the Honor 4X is similar to the likes of iOS and MIUI where all the apps are on the home screen, and there is no app drawer. The UI was found to be fast and responsive and offers multiple customization features like themes and transitional animations. The sample video playback felt great, and the colors felt just right and were not overtly saturated.

Overall the Honor 4X seemed like an excellent all-round multimedia device for those on a budget. The device is priced at Rs.10,499 which gets it competing with the likes of Yu Yureka, Redmi Note and even the Moto G. The company has also said that the 15-month extended warranty of the device won’t be void even if you root the device, which is great news for those who like to tinker around with their handsets. 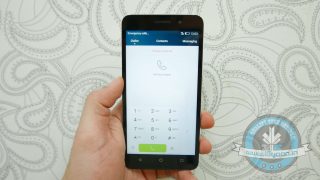 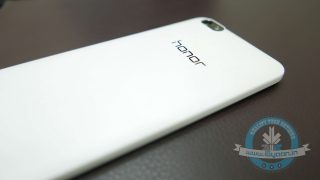 Honor will be offering accessories such as leather cases, headphones and others on Flipkart. The company has announced that its new devices will get monthly OTA updates for the first six months, followed by quarterly updates. You can pre-order the Honor 4X starting today till March 29 midnight. The flash sale will be held on March 30 at 2pm.

Check out our hands on video here:

Happy Nagashetti
iGyaan Network's newbie Happy is a Technological Hedonist, Traveller, Photographer, Curious Humanoid and a giant foodie who is always pumped up for new adventures.
You Might Also Like
LatestMobileUnboxing and Hands On
Read More