by Happy NagashettiMarch 26, 2015
0
Now Reading
10 Things You Need To Know About The Samsung Galaxy S6 and S6 Edge
Browse This Page Samsung finally launched products which are worthy of the Korean giant’s stature in the tech industry. The Galaxy S6 and its curvy sibling the S6 Edge bring unique features to the market that set a standard for others to follow. Samsung paid heed to all the criticisms directed towards it and built a smartphone that seeks to address all the issue and take smartphones to the next step.

Here are the ten features of the new Galaxy S6 and the S6 Edge which make it stand apart from the rest of its competition. Samsung has been making Android smartphones since the early days of the operating system. Smartphones are its most prominent product, but the company was criticised lately for bringing products with lackluster designs and made mostly of plastic. So this time around Samsung gave its devices the premium look and feel that its target consumers were looking for. The new flagship handsets are crafted with metal and glass which makes them flaunt-worthy. It has an aluminium frame and is strengthened with Gorilla Glass 4 on both sides.

Both the Galaxy S6 and the S6 Edge offer wireless charging that supports major standards including Qi charging. The new flagships feature Quick Charge capability that allows you to get 4 hours worth of juice with just 10 minutes of charging. 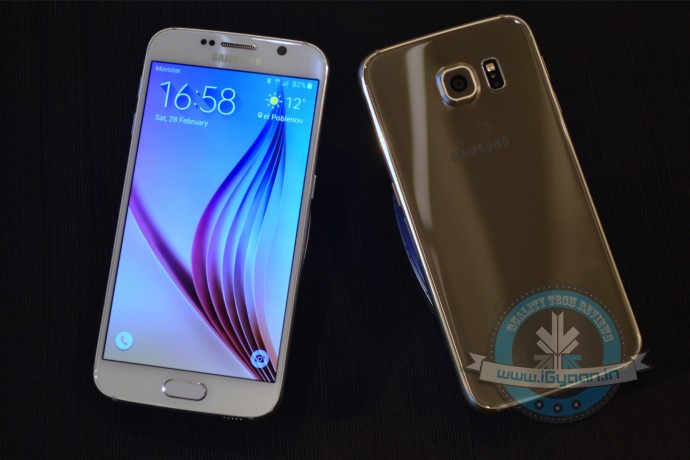 Samsung had in past flaunted the fact that you can easily pull off the back cover, pop in your secondary battery, and you’ll be ready to go. Galaxy S6 and S6 Edge are the first smartphones from the company to feature a unibody design with no removable battery and expandable storage. Samsung said that they were confident of their battery’s features, so they decided to lock it in. The phones are available in 32, 64, and 128 GB storage options. The Galaxy S6 Edge is a one-of-a-kind device. It is the only handset in the world to have a dual edge display. Samsung hasn’t really added a lot of features to the two curved displays, but they sure look fantastic. The curved displays are open for developers to innovate so we might see new utilities for the edge displays in the future. The premium metal and glass design asks for ingredients that look appealing while being tough and robust. Corning Gorilla Glass 4 is one of the strongest protective glass in the world, and the new Galaxy S-series flagships are covered with it on both front and back ends. Mobile payments are the next step in payment technologies. Apple has already introduced the NFC-based payment system called Apple Pay with the new iPhones. Samsung went further and introduced Samsung Pay, a mobile based payment method that even works with conventional credit/debit card readers. Your payments will be secure as they will have to be authenticated with the phones inbuilt fingerprint reader located in the home button. Both new Galaxy S flagships feature amazing camera modules. Both these devices have f/1.9 mm lens on both front and back cameras which ensure that you get bright photos and great night-time imagery. The 16 MP main camera with F1.9 on the back also comes with OIS, so you get fantastic images and videos devoid of any shakes. Samsung has previously marketed devices based on its homegrown processor, Exynos along with Snapdragon options. This time around, Samsung has put the task of powering the new flagships solely to the new octa-core Exynos chipsets based on 14 Nm architecture. Considering the prices of these premium devices, you can guess that its target audience is the executive and businessman on the move. Mobile devices are playing a major role in the enterprise ecosystem. It’s important here that the crucial enterprise data remain secure while being convenient to access. Samsung Knox attempts to do just that. You can have two device in one, for professional and personal use. With Knox, your enterprise data remains separate and secure from your personal data. Samsung Knox also addresses several security concerns of the Android ecosystem and thereby becomes a valuable addition to the new smartphones.