After the huge success of Moto E (ten 2), Motorola has finally introduced the LTE version of the second-generation Moto E in India. Today, the company has announced the roll out of the same starting tonight at 12am. The bigger Moto E successor comes at a price of Rs. 7,999.

While the base version of the new Moto E costs Rs. 6,999, the LTE variant of next-gen smartphone is priced Rs. 1,000 higher than the standard variant. 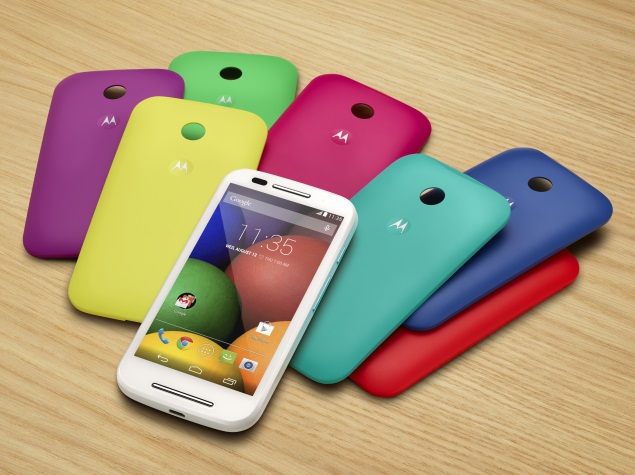 Recalling the specifications of Moto E (Gen 2) LTE, the device touts a bigger 4.5-inch qHD (540×960p) screen and a 1.2 GHz quad-core Snapdragon 410 processor as compared to the Snapdragon 200 processor of the 3G model. The handset features 1GB of RAM and 8GB of inbuilt storage capacity, expandable up to 32GB.

A rear camera of 5MP is fitted onto Moto E (Gen 2) LTE, while the front has a 0.3MP shooter. Running on Android 5.0 Lollipop, the device comes with a 2390mAh battery.

Unlike the Moto E, users can now personalize their devices. The new interchangeable, colourful bands and grip shells have been introduced that give the phone an appealing look. The bands come in six different shades (Golden Yellow, Turquoise, Blue, Raspberry, Purple, and Red) and for back plates any colour can be chosen from Golden Yellow, Charcoal, Turquoise, Blue, and Raspberry.

It would be interesting to see if the new model can secure the amount of traction acquired by the first device in the E series.

Use this link to purchase the device: