Motorola’s revision to last year’s budget hero, the Moto E, is out and while it’s still called the E, it does have some second gen features to boast.

The newer Moto E comes with a beefier set of specifications and not a whole lot of change in pricing. A new front camera, a larger 2390 mAh battery and an all new rear shell that truly is unique to the new Moto E. The Moto E is priced at Rs. 6999 and comes with Android 5.0 out of the box, yes just like its predecessors it’s stock android, with a bunch of Motorola apps on there. The new Moto E is the same 12.3 mm in thickness, however, feels a lot more robust and a lot more hefty in the hand. The side band comes off to give access to all the card slots, which for the version we are testing, include a micro SD slot and dual SIM slots.

The side band has a ribbed finish adding additional grip and what may be described as a rugged looks to the already smart looking Smartphone. The front has a 4.5 inch display with a 540×960 px resolution and a 245ppi pixel density which also is protected by Gorilla Glass 3 and has a oleophobic coating, which is highly resistant to oil and smudges. This also makes sliding the finger on the phone to result in an action much smoother than anticipated.

The front camera is a basic VGA camera, but compared to last year’s “no camera” model anything works. The rear camera is a 5 MP camera capable of 720p video and HDR photography. 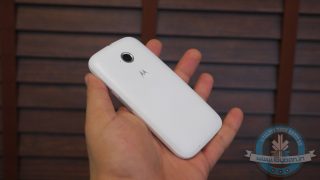 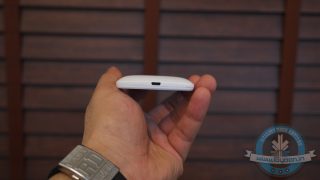 While the LTE variant is not yet available, it is expected to launch at Rs 8,999 in India. The 3G version is available today to buy from shopping website Flipkart for a price of Rs. 6999 with additional deals that you can see on their website.

The new Moto E comes with 8 GB of storage and 1 GB of RAM and you can pop-in a microSD card upto 32 GB.

When you buy a phone under Rs. 7,000 in cost, your prime focus need not be the performance of the handset, but more so the reliability or the fact that the phone will get you through your needs in a trouble free fashion. The Moto E – Gen 2 does that, and it does that for every user who owns the handset.

However score charts do not lie, and Motorola’s success with the first Moto E and this year’s Moto E are wholly thanks to the stock Android that it runs, which is lighter and less resource hungry compared to the custom skins of the mighty elite.

On AnTuTu the score on the new Moto E is at 17629 (varied) which is poor by all means. But this does not reflect in the day-to-day performance of it. 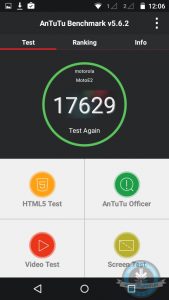 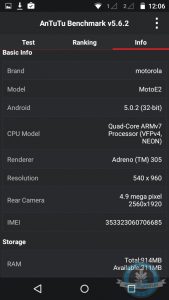 It does support games like Batman Arkham Origins and Modern Combat 5, and even though graphics are lowered to the lowest possible, the gameplay remains smooth which is surprisingly good for a budget device such as the Moto E.

Motorola has added a bunch of cool tricks in this cool budget phone. The new Moto app, allows for you to set a gesture, twist your wrist to launch the camera, and click a picture. 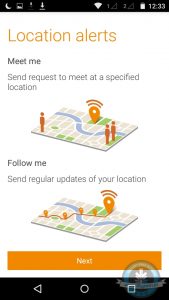 The Assist feature will go into Sleep Mode as well as Meeting Mode as per your settings, which is a neat productivity trick.

Moto Alert is designed specifically keeping India and its lack of safety in mind. You can set a number of contacts that will get updates on where you are and where you are going in case of an emergency. The device will get quick and regular updates to the best possible supported build of Android, which is an appreciable aspect of Motorola’s promise to service. The 5 MP camera boasts focus capabilities and improved low light performance, but, not enough to impress us. The use of the camera will be limited to mostly well-lit environments or outdoors.

What baffles us is the lack of LED flash, which would double up as a flashlight/torch making life a lot more easier for users of the Moto E2. This LED flash would also drastically improve the poor image quality indoors. Honestly, how much does an LED diode cost anyway Moto? (We found them for as low as US $ 0.04 /piece ).

The front camera is a gimmick at VGA resolutions, poor quality, crushed images with large amounts of noise. Lots of companies are now installing upto 5 MP cameras in their budget selfie phones, however Motorola does not want to seem party to that. The main camera and front camera are designed to provide lenses for use. However don’t expect them to do magic, because they won’t. If you are looking for a good camera in this price bracket, we suggest you buy a camera and not a phone. That being said, investing slightly more may get you better options.

The Speaker is surprisingly loud and will satisfy the needs of many. It is well balanced, even if it’s not the best speaker. On the other hand if you like listening to music, we suggest a good pair of earphones/ bluetooth speakers. Networks are strong and phone calls are crisp on both sim cards. The audio on both sides of the call is nice and loud and you won’t find yourself complaining. Moto has bundled in a good SIM management right in the settings panel to allow for better organization and usability of both SIM cards, mostly based on what plans you have on either. Battery is a big improvement, you will find yourself running into two days without charge if you are a moderate user. The non-removable nature of the battery is slightly disappointing, but Motorola has a good record with battery longevity.

Motorola has been a favorite since rebirth and all their devices including the Moto X, the Moto G and the Moto E have done exceedingly well, especially in markets like India. However, Xiaomi has really hurt their sales at the lower end of the spectrum and OnePlus is taking a stab on the upper end.

With the Redmi 2 launched at the exact price, with better chipsets, better cameras and a sleeker profile, Motorola may be given a run for their money. On the flip side, reliability  and quick software updates are still on Motorola’s fame list and it only gets better with an improved build and customizable options thanks to the new grip bands.

This is the new budget hero, the Moto E 2!